BUSINESS Be cautious of the shackle of international financial capital: report

Be cautious of the shackle of international financial capital: report

Beijing (People’s Daily) – A report titled “The Trap of Financial Capital: The Impact of International Bonds on the Debt Sustainability of Developing Countries” was released on Wednesday by China’s Tsinghua University. 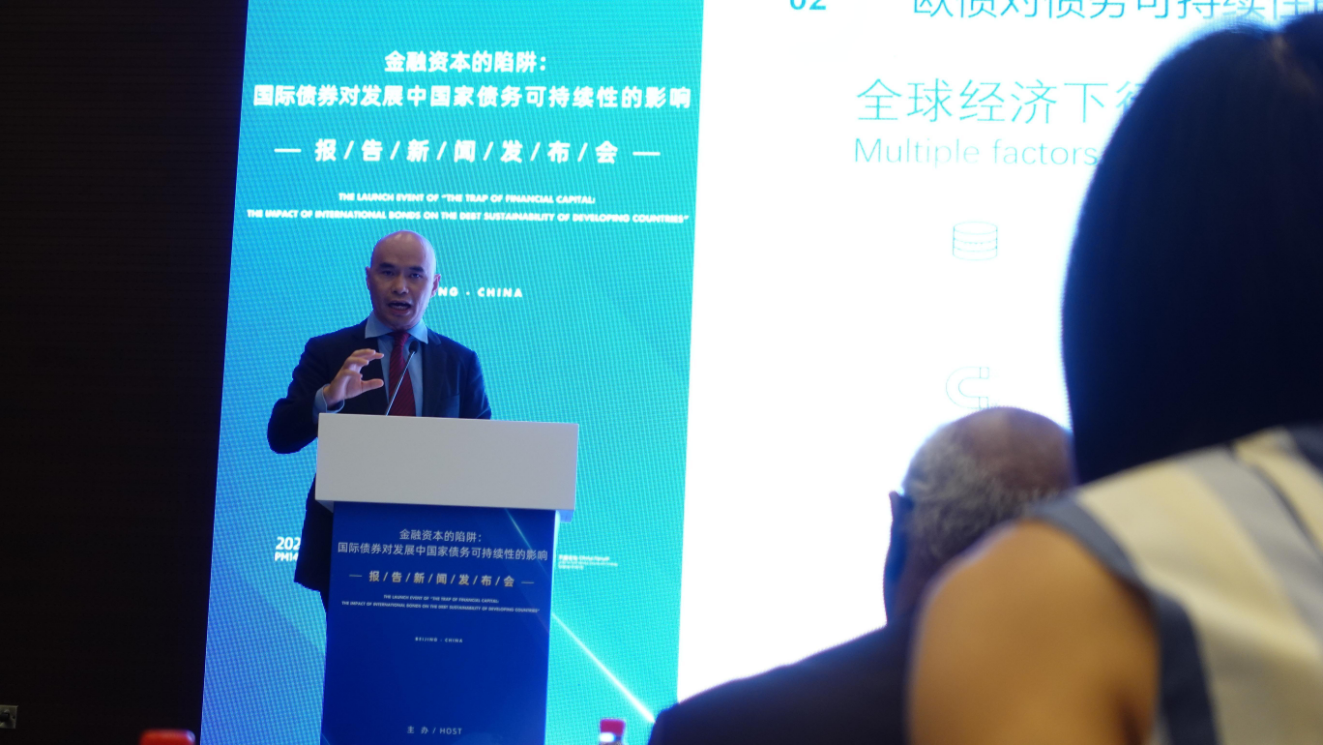 Tang Xiaoyang, the report’s lead author and chair of the Department of International Relations at Tsinghua University (Photo: Yuan Xiaojun)

The report takes stock of the lessons learned from the issuance of Eurobonds by developing countries and calls on the international community to work together to avoid any further expansion of sovereign bond defaults by taking timely precautions and fostering an international financial system that accounts for the characteristics of emerging markets.

The report points out that developing countries have been facing rising debt pressure since 2020 - a significant threat to global economic recovery. Sri Lanka, Zambia, Argentina, and other countries have defaulted on their bond repayments since 2020 and experienced a series of socio-economic turbulence. Developing countries such as Ghana, Suriname, Angola, Ethiopia, and El Salvador could soon meet similar challenges in debt service.

The report notes that the surge in bond issues by African countries and the ensuing crisis stemmed from the need for international financial capital (mainly from well-known institutional investors in Europe and the United States) to pursue high returns from rapid growth in emerging markets during the economic downturn in the developed world. Therefore, it has been encouraging developing countries to issue more Eurobonds by offering convenient and facilitative measures. Having thus been lured into the trap of high debt risk, emerging economies with vulnerable economic structures and little experience in financial risk management soon find themselves mired in the multiplicity of a global economic downturn. Many of them have fallen into a vicious cycle over the mid- to long-term, in which they will be forced to issue new bonds with higher interest rates to repay old debts under the seemingly fair market rules. The shackle of international financial capital could lead to an overdraft on these countries’ growth prospects.

The impact of international bonds on sovereign debt has been widely neglected by Western media and research institutions, the report warns. Through a systematic analysis of the negative implications of Eurobonds, the report finds that certain market behaviors based on developed countries’ financial systems just do not work for small, inexperienced, developing economies. The bond issuance and liquidity rules formulated by financial institutions in developed countries tend to give priority to the interests of financial institutions and the needs of the developed country markets. They fail to fully account for the characteristics of developing countries such as single revenue sources, strong cyclicality, weak risk management, and a need for long-term infrastructure construction.

The report notes that the issuance of Eurobonds, a procyclical commercial behavior, has exacerbated the economic fluctuations of developing countries. For emerging economies, the sudden reduction of public expenditure caused by the debt repayment peak and the difficulties in refinancing might bring an abrupt end to their economic restructuring efforts over the last decade or even more.

It will take a long time for them to recover pre-crisis results after the liquidity crisis, the report warns. Such a huge impact from cyclical repayment has already caused several developing countries to fall into the vicious cycle of unsustainable economic growth in modern history.

The report’s lead author, Professor Tang Xiaoyang, chair of the Department of International Relations at Tsinghua University and an expert at the China Forum under the Center for International Security and Strategy, presented the report on Wednesday. He pointed out that as Africa faces over $100-billion worth of bonds maturing between 2023 and 2025, a debt and liquidity crisis is looming over the continent, which calls for developing countries to better manage the relationship between market and demand.

In his remarks, Siddharth Chatterjee, UN resident coordinator in China, analyzed the challenges posed by the COVID-19 pandemic to global socio-economic development, which, coupled with the debt and liquidity crisis, have hindered progress toward the Sustainable Development Goals. The UN can play a bigger role in fostering innovative synergies, he said. Ambassador Rahamtalla Mohamed Osman Elnor, the African Union representative to China, stressed that the multitude of problems faced by developing countries in terms of debt servicing and bond issuance need greater attention from the academic and policy communities. He also dismissed the so-called “Chinese debt trap in Africa” as a factually ungrounded argument. 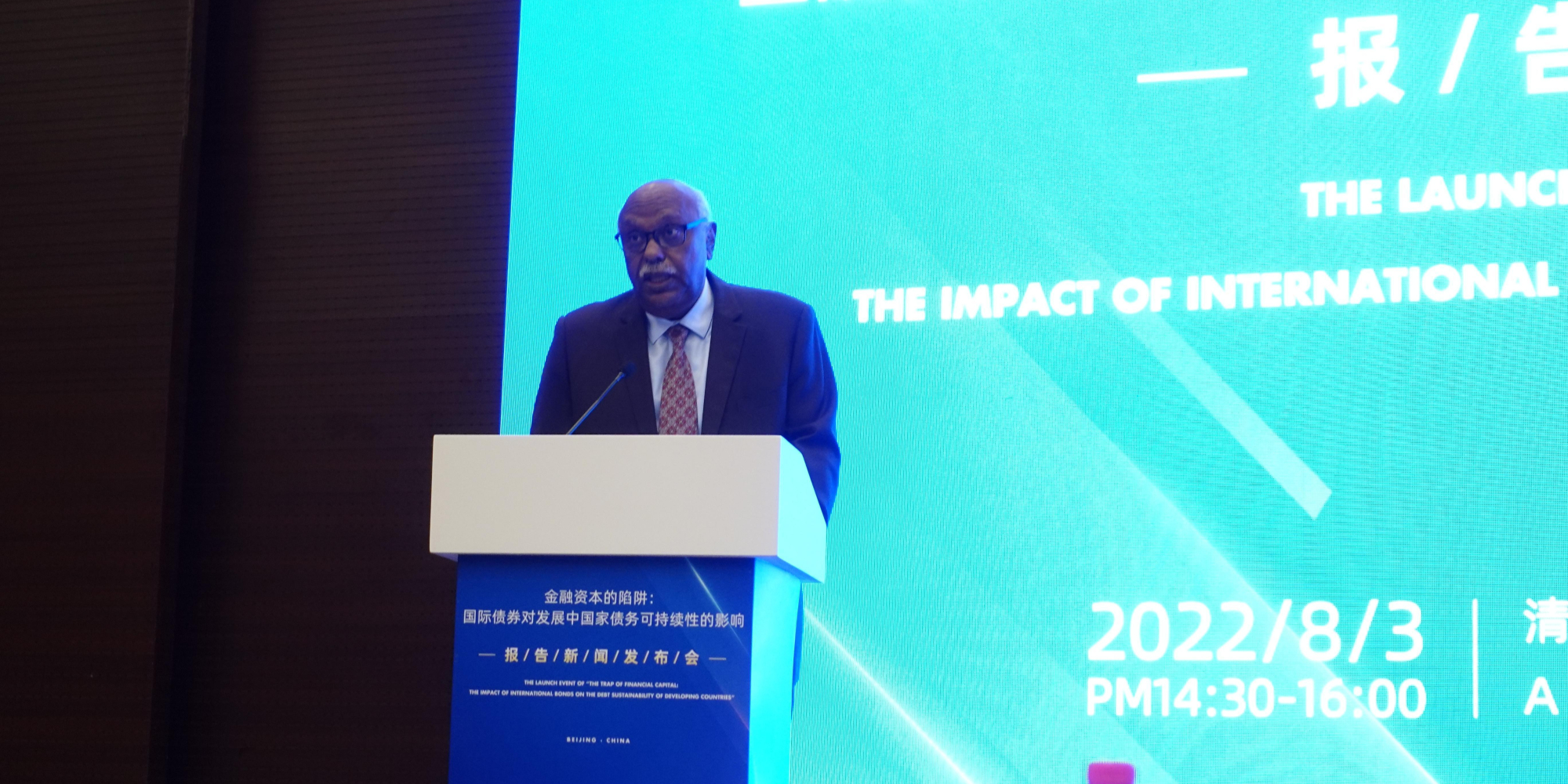 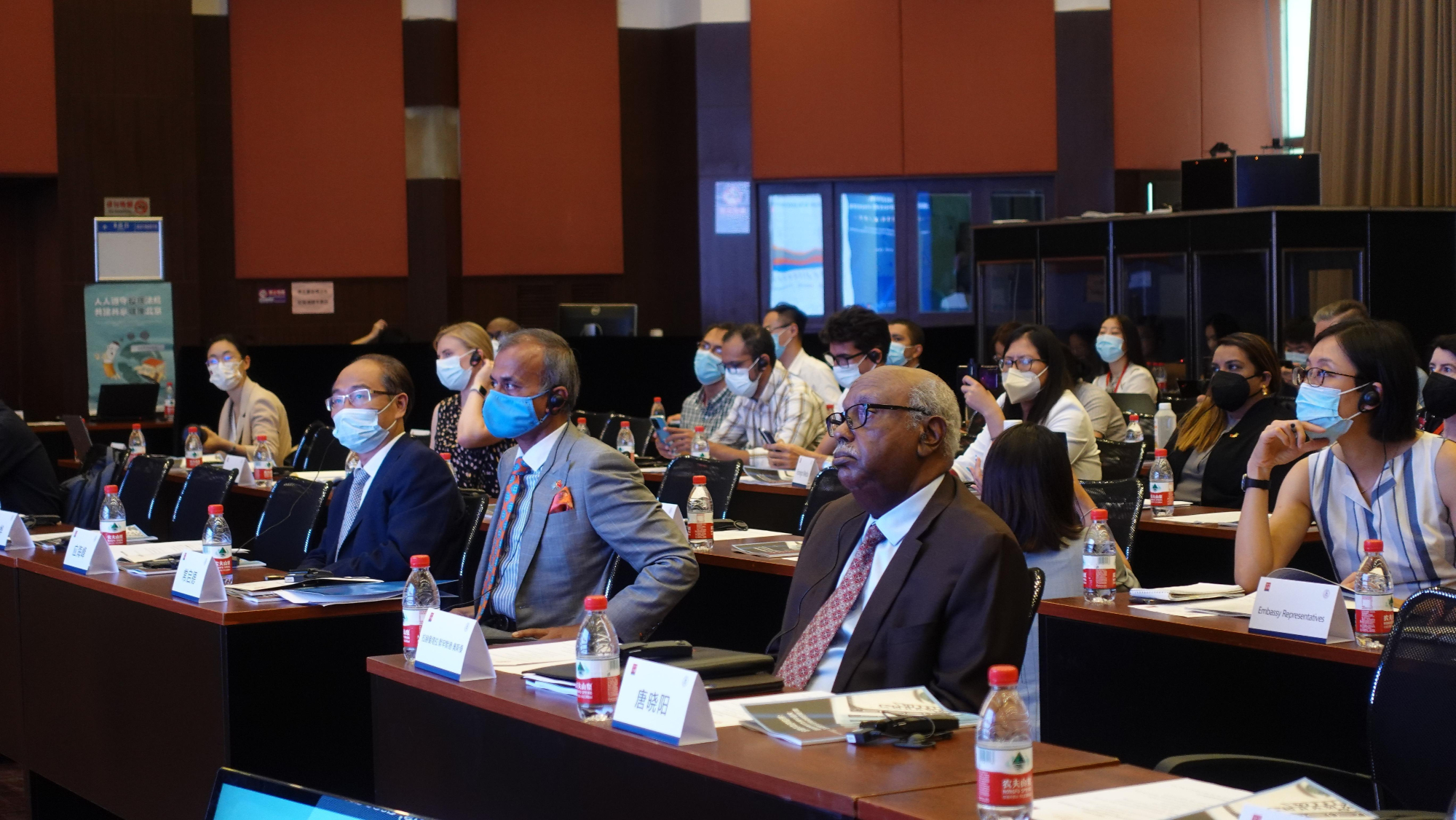 The launching event of the report brought together over 40 media outlets from China and African, Latin American, and other Asian countries, as well as diplomatic envoys in China.