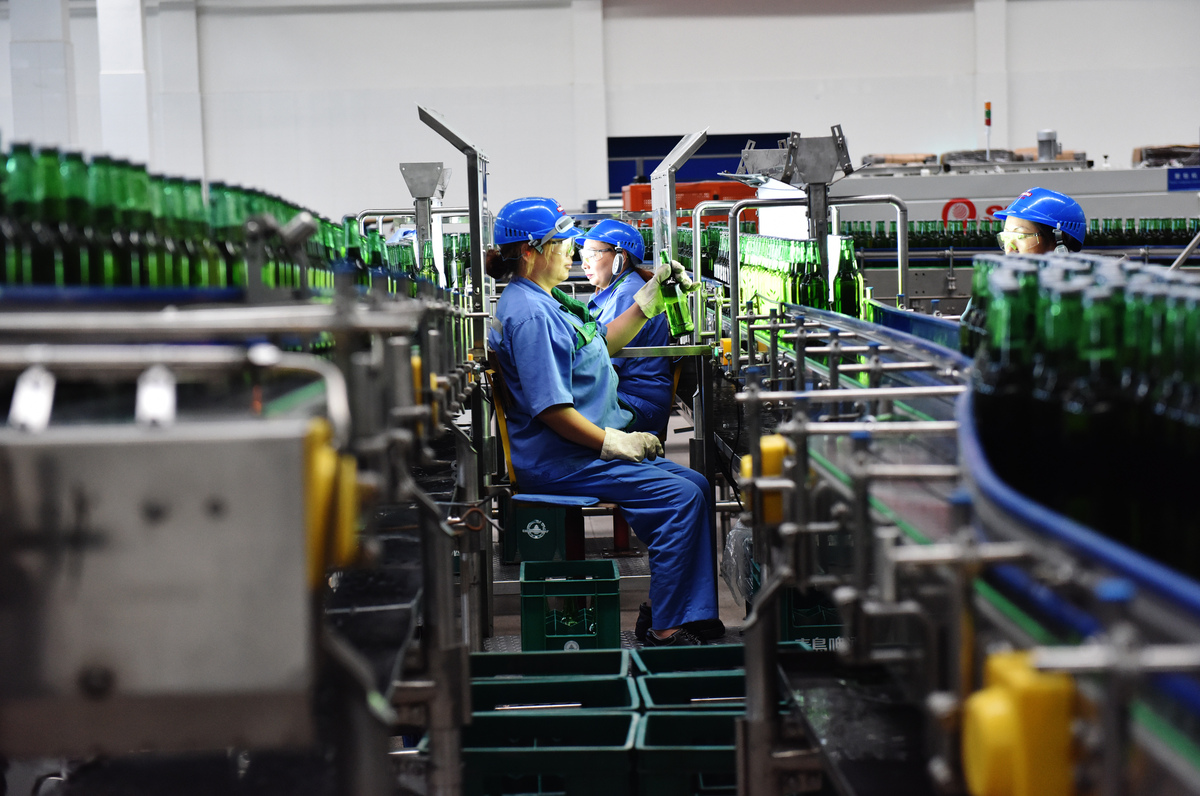 The unexpected outbreak of the novel coronavirus has forced the Chinese people to cancel many of their social gatherings and opt to stay at home.

The outbreak has since muffled the alcoholic beverage market as well and weighed on the sales of white spirits and beer. But distillers said they remain confident in business growth for the whole year.

The Spring Festival holiday has been a traditional peak season for sales of baijiu, fueled by the demand from the gatherings of families and friends, business banquets, and gift giving. But expectations of hearty consumption have been dashed by the outbreak.

Distillers who have increased output to cater to an expected boom in demand, are now left with high inventories.

"The second quarter is a relatively slack season for baijiu sales. Baijiu distributors and retailers are expected to face a long process of destocking, dampened by existing epidemic prevention and control measures and the pressure of a downward economy," said Cai Xuefei, a baijiu industry analyst.

Kweichow Moutai Co Ltd, an iconic baijiu distiller from Maotai town in Southwest China's Guizhou province, said it will maintain its production and sales goal for the year.

The company said earlier it aims to achieve revenue of 110 billion yuan ($15.8 billion) and net profit of 50.5 billion yuan this year, both up 10 percent year-on-year. Moutai said it will soon resume production.

Other major baijiu distillers such as Sichuan-based Wuliangye Yibin Co Ltd and Luzhou Laojiao Group also said they will keep their original production goals for this year. Wuliangye has started production since Feb 10.

The impact on the white spirit sector should be short-term, and it will not change the growth momentum of baijiu, China's most competitive consumer product. For the whole year, the sector is expected to continue to grow, according to a report by Industrial Securities.

Separately, the negative impact on the beer sector could be less than in other alcohol categories, as the first quarter is usually a slow season for beer sales, industry observers said.

After the crisis is over and as the weather turns warmer, social gatherings are expected to pick up pace. The busy season of beer sales falls in the period from May to September.

Hubei province, the region hard hit by the contagion, accounts for less than 4 percent of overall beer sales in China, a research report of China International Capital Corp said.

"The epidemic definitely hit the consumption sector, and there is no escape for beer. Yet, there are some big sports events such as the Tokyo Olympic Games and the European Cup to be held this summer, and they are foreseen to drive the sales of beer and neutralize some losses," said Fang Gang, a beer industry analyst.

The impact from the outbreak on the sales of daily necessities such as dairy products, meat, beer and snacks will be relatively smaller than others, a report of Shenwan Hongyuan Securities said.

With the temporary closure of half of its dining places, bars and late-night entertainment venues in China where Carlsberg has a strong presence, the sales of its beer products have been affected.

"It's a very sad situation for China and its people, and the virus will affect our business negatively," said Cees 't Hart, president and CEO of Carlsberg.

But it is unable to assess for now the impact of the epidemic, and Carlsberg has decided to strengthen its cost management for now. Some advertising initiatives in China will be temporarily put on hold, the company said.

The China factory of Carlsberg resumed production on Monday. With good progress in its expansion in big cities and the growth of its premium brands in China, Carlsberg predicted single-digit growth in profits globally this year.