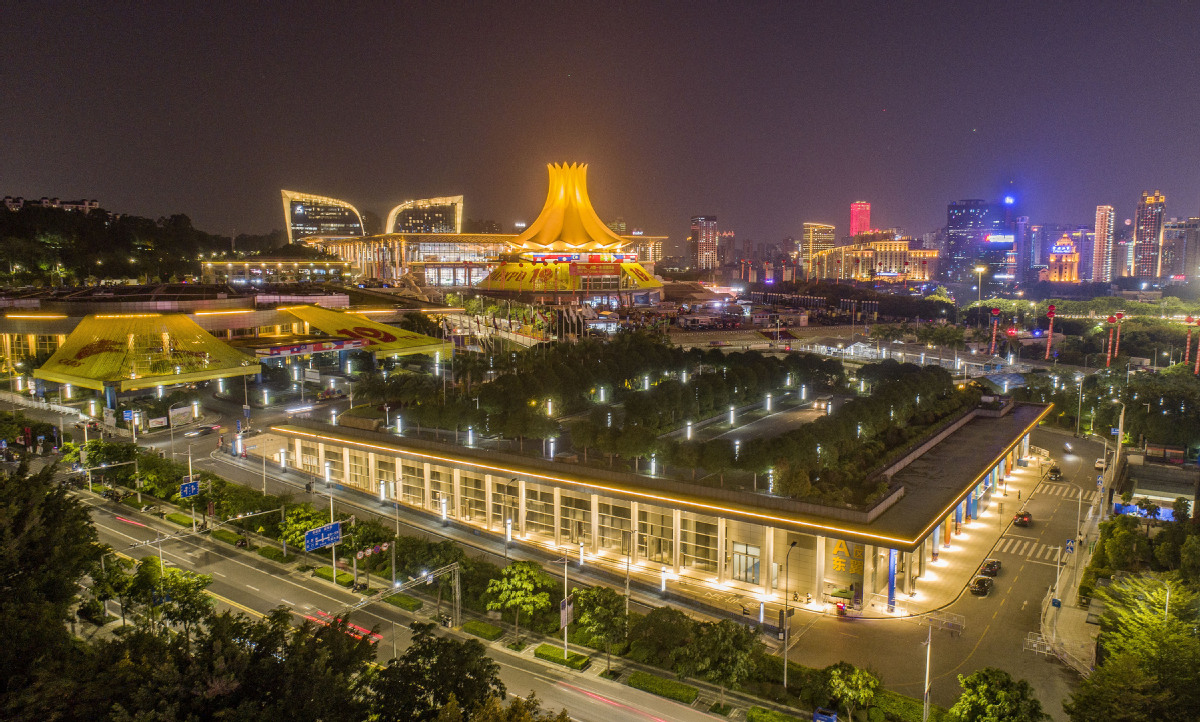 The venue of the 19th China-ASEAN Expo, which opens on Friday in Nanning, capital of Guangxi Zhuang autonomous region. (Photo: China Daily)

The Beibu Gulf and the Guangdong-Hong Kong-Macao Greater Bay Area have further strengthened their cooperation by signing a series of cooperation projects in Nanning, Guangxi Zhuang autonomous region, ahead of the opening of the 19th China-ASEAN Expo.

The projects signed cover sectors such as new high-end metal materials, mechanical equipment manufacturing and textiles. Enterprises from the GBA will also invest in a new materials industry park project in Guilin, Guangxi.

This year, Guangxi is sending a team of more than 900 people to work in the GBA to connect with companies in the region and attract investment, said Guangxi officials.

"The GBA stands as one of the most economically dynamic regions in China, and Beibu Gulf is located close to the Association of Southeast Asian Nations. The two regions have shown demand for joint growth and significant potential for win-win development," said Wang Xinfu, head of Guangxi's United Front Work Department.

Meanwhile, Nansha district in Guangzhou, Guangdong province, has leveraged its advantages in shipping, location and logistics warehousing and built the largest and most comprehensive port area in South China. Nansha has launched 125 routes for foreign trade with the Regional Comprehensive Economic Partnership member countries.

"We hope the two sides will further strengthen cooperation in sectors such as advanced manufacturing and modern services, and together build the largest gateway for opening-up in South China," said Chen Junyi, deputy director of the commerce bureau of Nansha economic and technological development zone.