Beijing's central business district (CBD) was ranked first in terms of comprehensive development among all such areas across China, according to a report released Thursday. It is followed by the CBDs in Shanghai and Guangzhou. 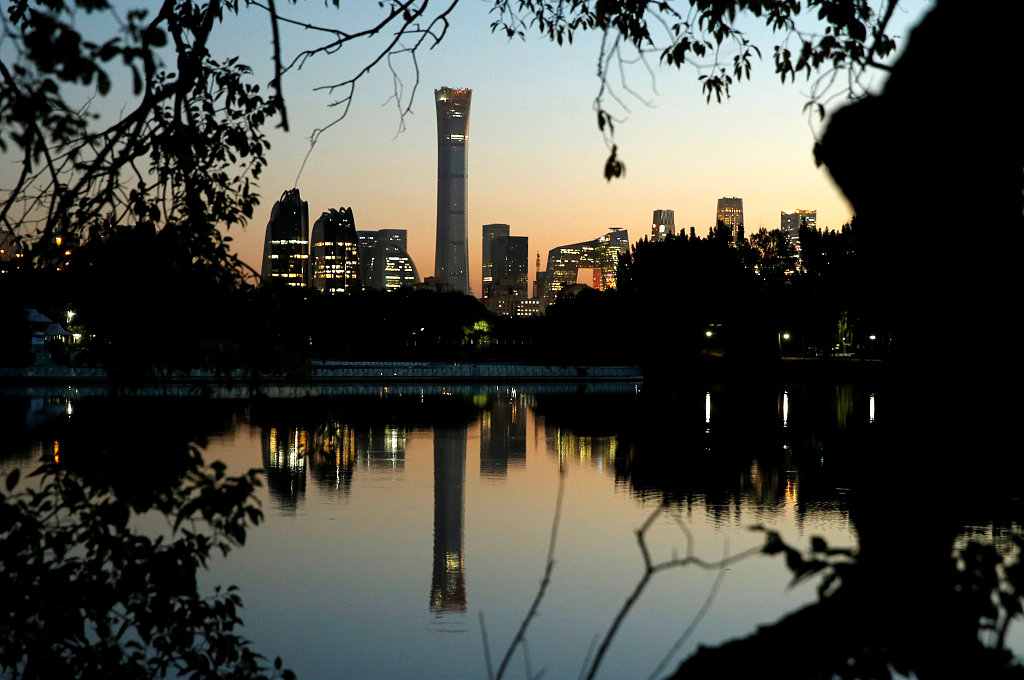 The report was jointly published by the Capital University of Economics and Business and the Social Sciences Academic Press, and was compiled by the Central Business District Development Research Center of the Capital University of Economics and Business. Based on a pervious ranking of the most commercially attractive cities in China, the new report selected four first-tier cities, 10 emerging new first-tier cities, and a second-tier city, and carried out a comprehensive review of the development of the CBDs in these 15 cities for the 2014-16 period.

The research report constructs an evaluation system for the 15 CBDs selected, and assesses the comprehensive development index of these CBDs using scales such as economic development, economic dynamics, scientific and technological innovation, social development, and the district as a regional hub. Specific performance indicators include GDP, population density, total foreign trade volume, number of patents, and number of college and university students.

According to the research, throughout the 2014–16 period, Beijing CBD and Shanghai CBD occupied the first and second place in the first group, while Wuhan CBD and Hangzhou CBD placed sixth and seventh respectively to lead the second group. In the third group, Xi'an CBD was outstanding and it ranked 10th nationwide in 2016.

In terms of contribution to city finance, Shenzhen CBD led the board with a tax contribution of 111.1 billion yuan (about US$16 billion), and was followed by Shanghai CBD and Beijing CBD at second and third place, respectively.

Focus shift from quantity to quality

According to the report, after more than 20 years of planning and development, Beijing CBD has achieved a comprehensive development level that would take CBDs in foreign countries 30 to 40 years to reach. At present, Beijing CBD is gradually defining its industry positioning on the national and international scope—a development base for the headquarter economy while leading in areas such as high-end business, international finance, and the cultural media industry.

The report says there is still a significant gap between Beijing CBD and the world's leading CBDs. As the overall economic volume reaches a certain level and continues to develop, the report suggests that Beijing CBD should focus its work on economic restructuring and industrial upgrading, and promote regional industries to high-end and intensive mode of development.

More specifically, the report suggests the Chinese capital to make efforts to build an economic structure that features high-end industries, to improve living environment and optimize business environment, and to promote urban renewal and rail transit construction in the CBD area. In addition, Beijing, Tianjin and Hebei should take advantage of the industrial restructuring in the area to encourage more intercity project cooperation, to promote regional brand building, and to participate more in the international arena