Starting from Oct. 27, the number of airlines operating at Beijing Daxing International Airport will reach 15, including seven domestic airlines and eight overseas airlines, according to reports. 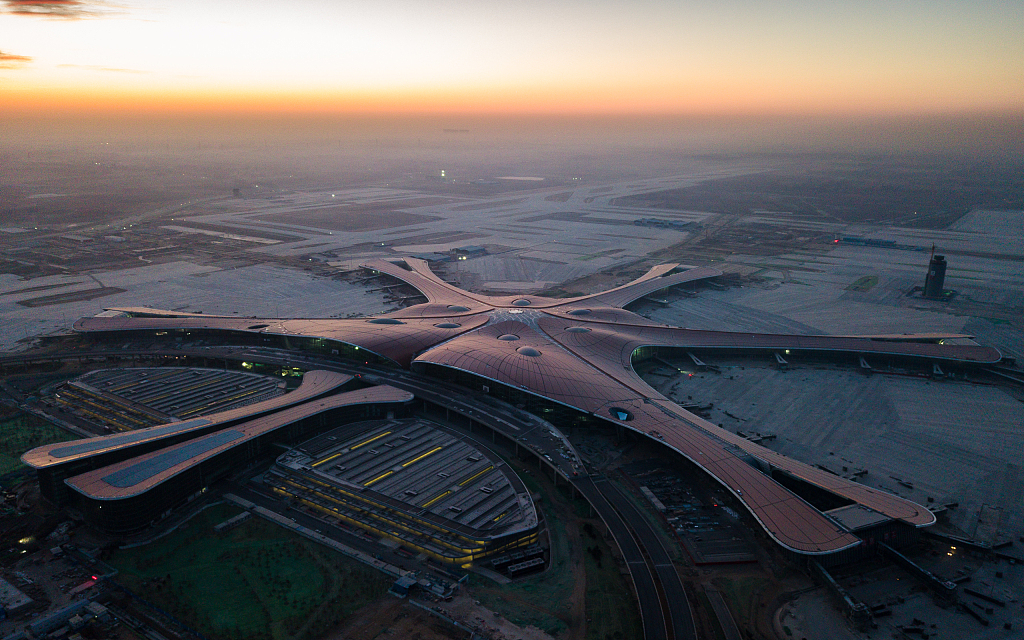 The new mega airport in the Chinese capital, which opened on Sept. 25, will handle 280 flights every day in the coming winter-spring seasons.

China Southern Airlines is moving its southbound flights to the new airport, and all of its flights will be moved from Beijing Capital International Airport to Daxing by next March.

Air China will operate its Bangkok-bound flight and 10 domestic flights at Daxing airport, while China Eastern and Capital Airlines are offering passengers who travel through Daxing airport discounted subway tickets.

Meanwhile, for those passengers who have to be transferred to the new airport after initially buying flights to Capital International, China Eastern and Capital Airlines will notice them by phone and messages and allow those who go to the wrong airport to refund or change flights for free.

Beijing Daxing International Airport, which has four runways, parking spaces for 150 airplanes, and a 700,000-square-meter terminal, is expected to handle 45 million passengers by 2021 and 72 million by 2025.