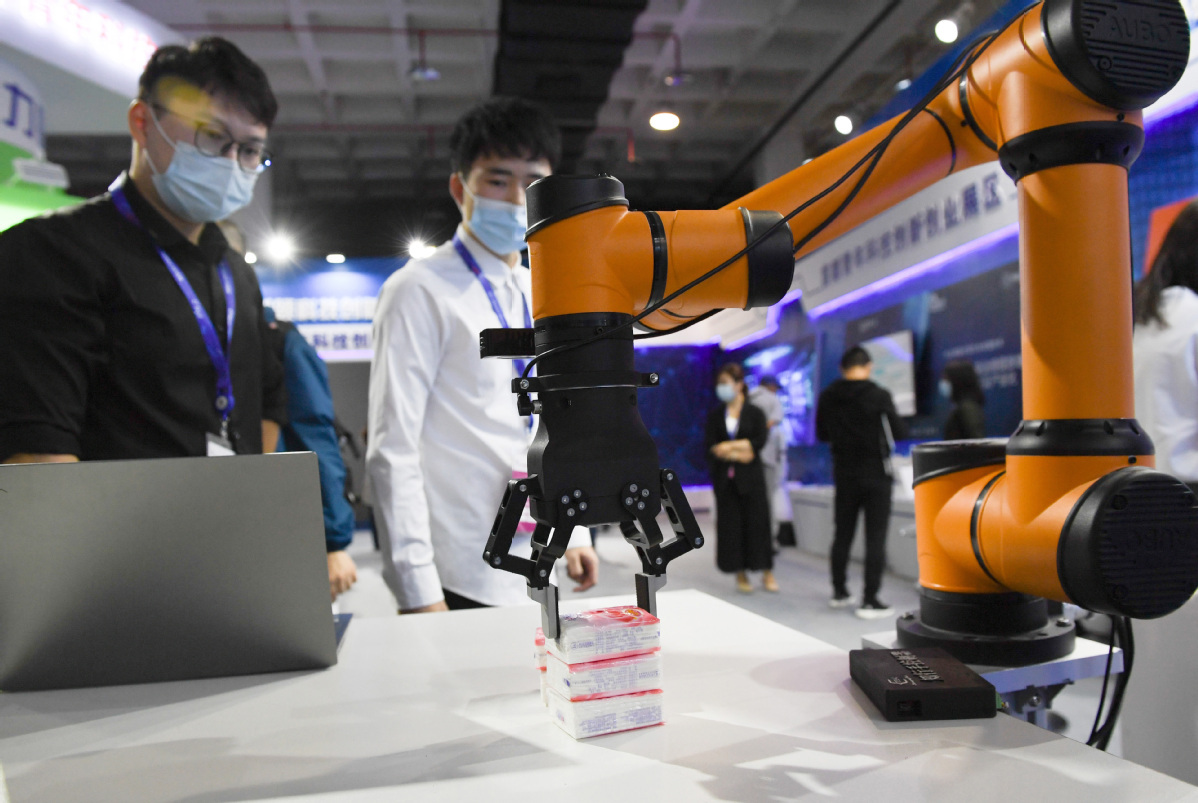 Visitors check out a smart robot during a high-tech exhibition in Beijing. (Photo: Xinhua)

Beijing's digital economy accounted for more than half the city's GDP last year, the highest ratio in China, officials announced at a recent news conference.

Tan Xuxiang, head of the Municipal Commission of Development and Reform, said at the National Mass Innovation and Entrepreneurship Week held last week that the total added value of Beijing's new economy last year, including new industries, new types of business, and new business models, reached 1.28 trillion yuan ($190.4 billion). That's up 57 percent from 2016, the inaugural year of the weeklong event.

With the goal of becoming a national science innovation center, Beijing has been accelerating its plan to build national labs, major facilities and other national-level innovation platforms, Tan said.

"Beijing is conducting the largest number of major science projects," he said.

Last year, Beijing's R&D spending accounted for 6.3 percent of its GDP, with more than 15 percent channeled into basic research. Some 27,000 new tech companies and more than 150 incubators and science parks in universities were set up in the city.