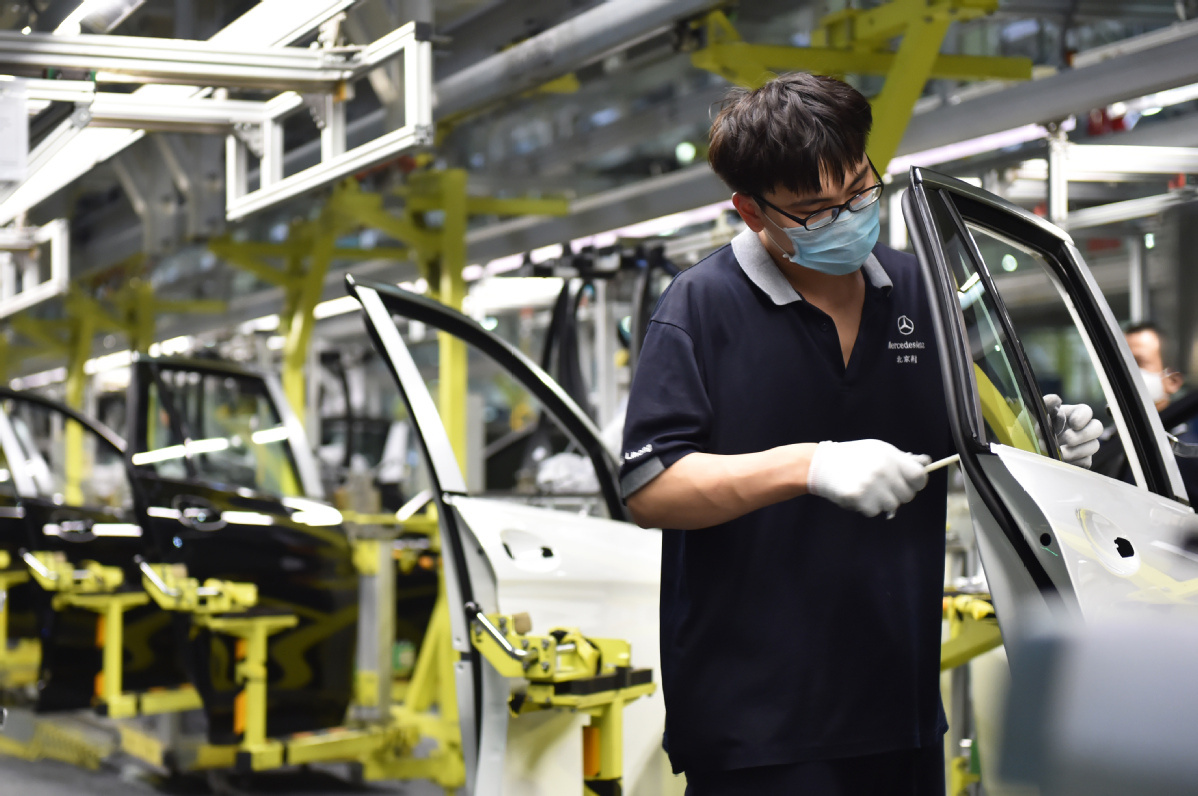 An employee puts finishing touches to a Mercedes-Benz car on an assembly line in Beijing. (Photo: Xinhua)

Beijing's economy continued to recover from the coronavirus pandemic, as the city's automobile grew for the first time this year, according to the municipal statistics authority.

Auto manufacturing added value increased by 0.2 percent for the first eight months in Beijing, the first bump this year, according to figures released on Wednesday.

High-end industries have contributed significantly to the economic recovery in Beijing. From January to August, the added value of industries above the designated size fell 0.8 percent year-on-year, which means the rate of decline narrowed by 1.1 percentage points compared with the January to July figure.

In the fixed-asset investment sector, from January to August, the city turned from negative growth to positive with an increase of 0.6 percent year-on-year.

Specifically, investment in secondary industries increased by 37.3 percent, including a 130 percent increase in high-tech manufacturing.

Consumer spending has also continued warm in the capital. From January to August, the decline in total market consumption in the city narrowed by 0.7 percentage points compared with the January to July figure.