The Chinese capital will extend the running time of part of its public transport on Fridays and Saturdays from May to October every year in an effort to spur what it calls "nighttime economy." 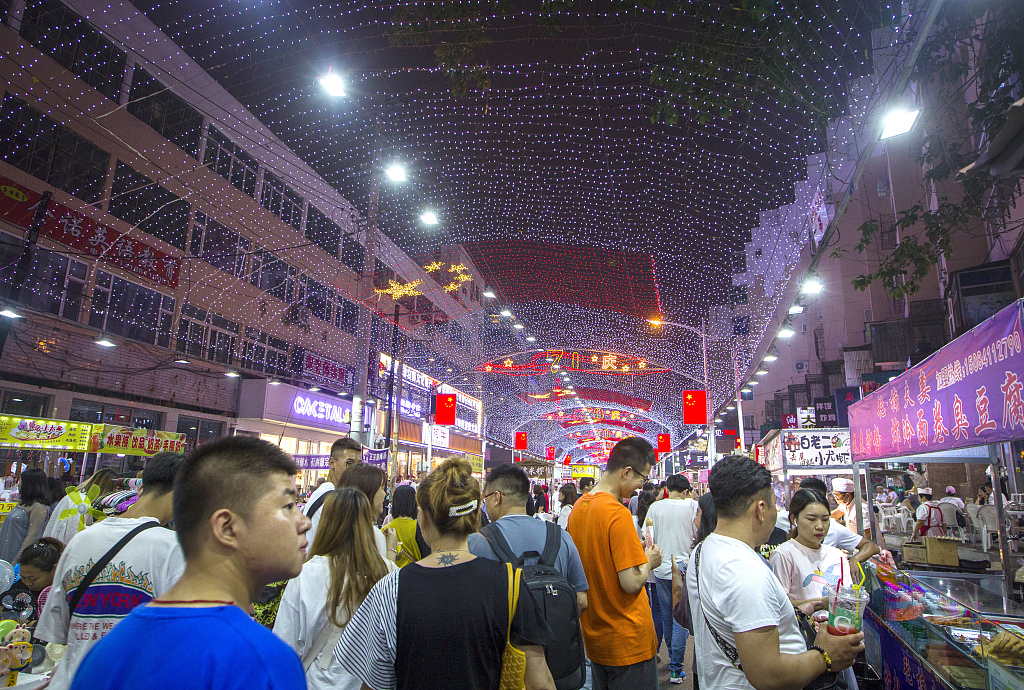 The nighttime economy refers to business activities between 6 p.m. and 6 a.m. in the service sector. Many Chinese cities, especially metropolises such as Beijing and Shanghai, have rolled out plans to support nighttime consumption.

Beijing will extend its metro line 1 and line 2 for an extra one hour and 1.5 hours respectively with the last trains departing after 12:30 a.m., according to a plan of the municipal government. Both lines run across some of the busiest shopping areas such as Wangfujing and Xidan in downtown Beijing.

The city will also increase the taxi service around city landmarks, major malls and communities, the plan said.

Developing the nighttime economy was announced in Beijing's government work report this year, which encourages malls, supermarkets and convenience stores to stay open later at night.

During this year's four-day May Day holiday, restaurant consumption in mall-clustered Wangfujing, Sanlitun and Qingnianlu surged 51.3 percent during the nighttime hours compared with the same period last year.