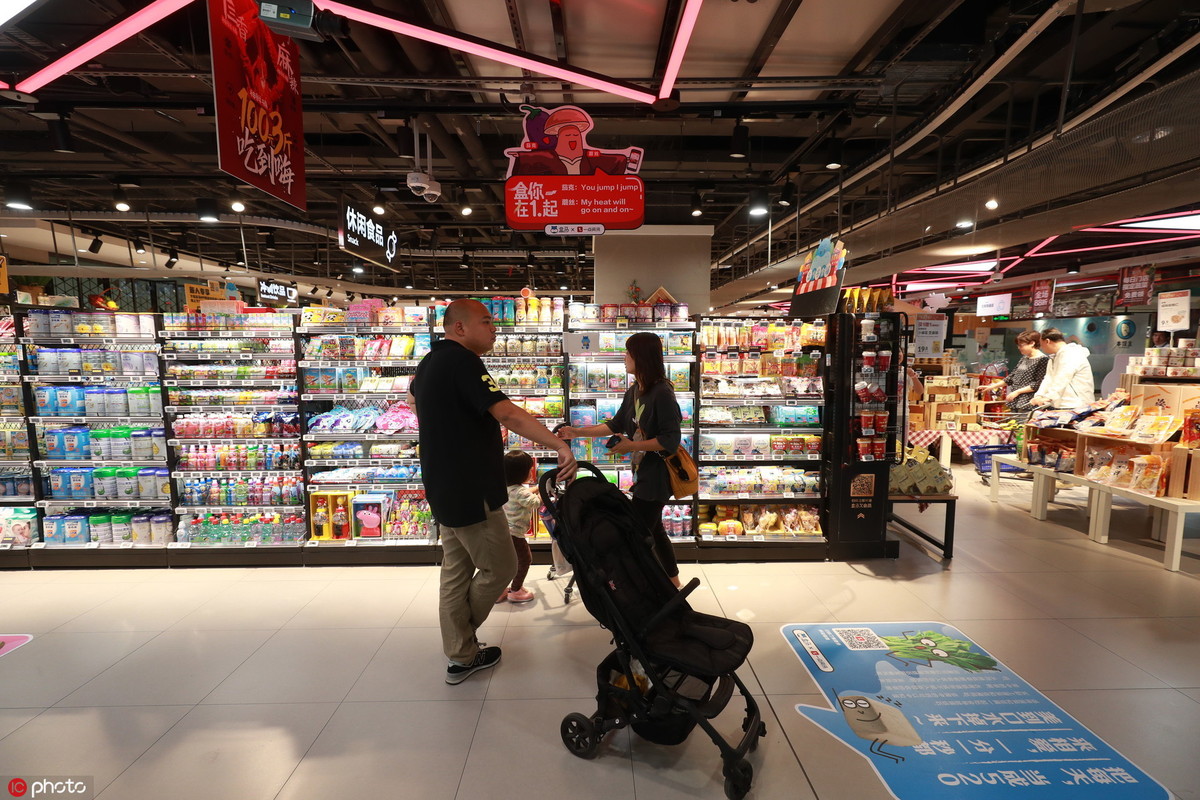 Consumers browse products at a supermarket in Beijing on May 20, 2019. (Photo: IC)

BEIJING - Beijing registered higher retail sales of consumer goods during the January-August period this year, according to the Beijing Municipal Bureau of Statistics.

From January to August, the municipality's total retail sales of consumer goods reached 774.61 billion yuan ($110 billion), an increase of 5.3 percent year-on-year, according to the bureau.

Among the total, the online retail sales volume of major wholesale and retail enterprises was 201.42 billion yuan, up by 27.5 percent over the same period of last year.

Each of the three categories has helped increase the total retail sales of consumer goods by at least one percentage point, the bureau said.