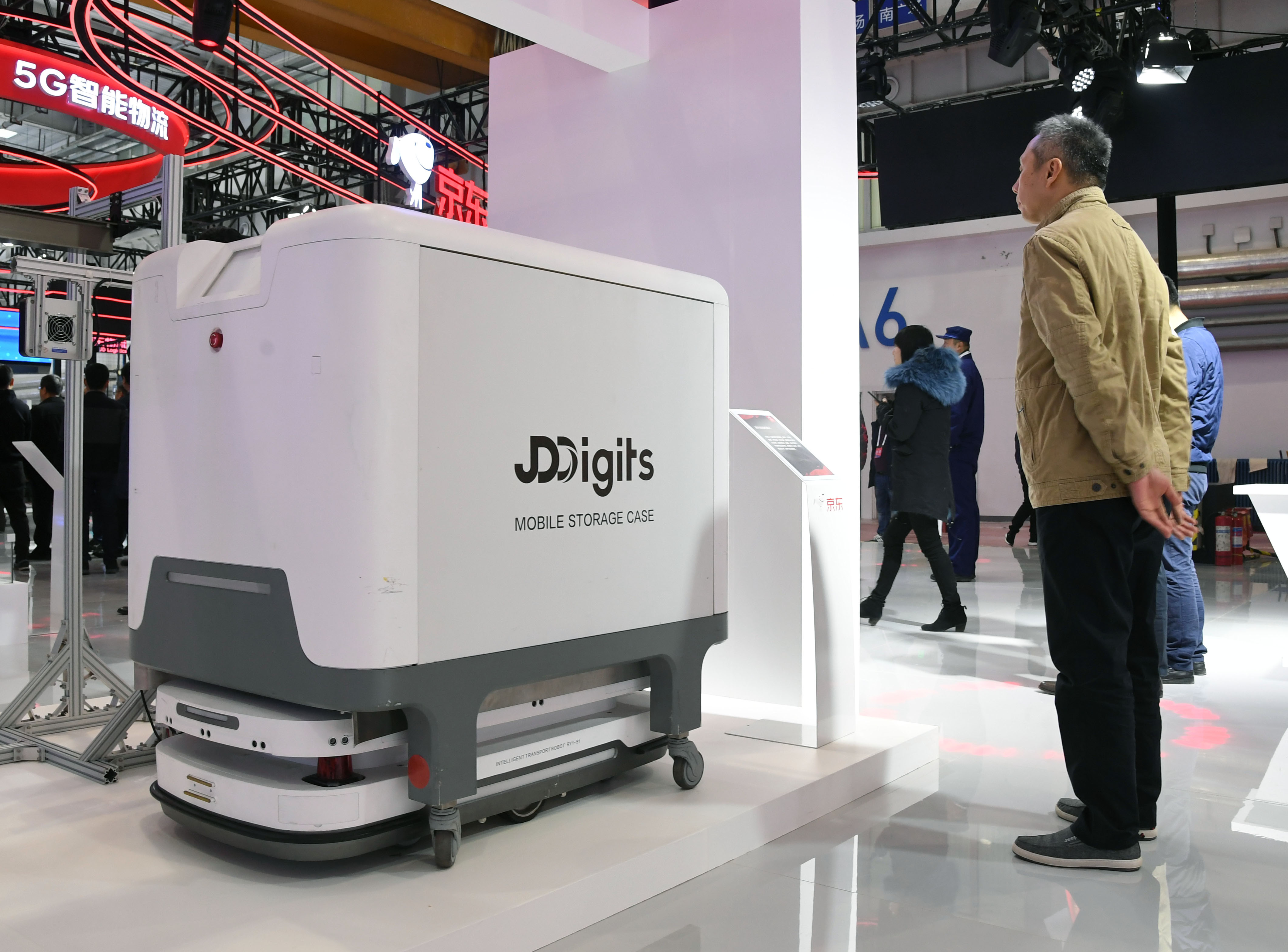 A visitor looks at an indoor delivery robot during a press preview for the 2019 World 5G Convention in Beijing, capital of China, Nov. 20, 2019. (Photo: Xinhua)

The revenue of software and information services in Beijing exceeded 1.34 trillion yuan (about 192.4 billion U.S. dollars) in 2019, accounting for 23 percent of the country's total, local authorities said Wednesday.

In 2019, the added value of the services in the Chinese capital city reached 478.39 billion yuan, making up 13.5 percent of the city's GDP, according to a report released by Beijing Municipal Bureau of Economy and Information Technology.

The number of employees in the sector stood at 899,000, accounting for 14.6 percent of those working in the tertiary industry, the report said.

The artificial intelligence industry in Beijing has reached a leading position and has formed a complete industrial chain, from high-end chips and basic software to core algorithms, according to the report.

The application of big data has been expanded in both breadth and depth, with the scale of the industry exceeding 200 billion yuan, the report said.