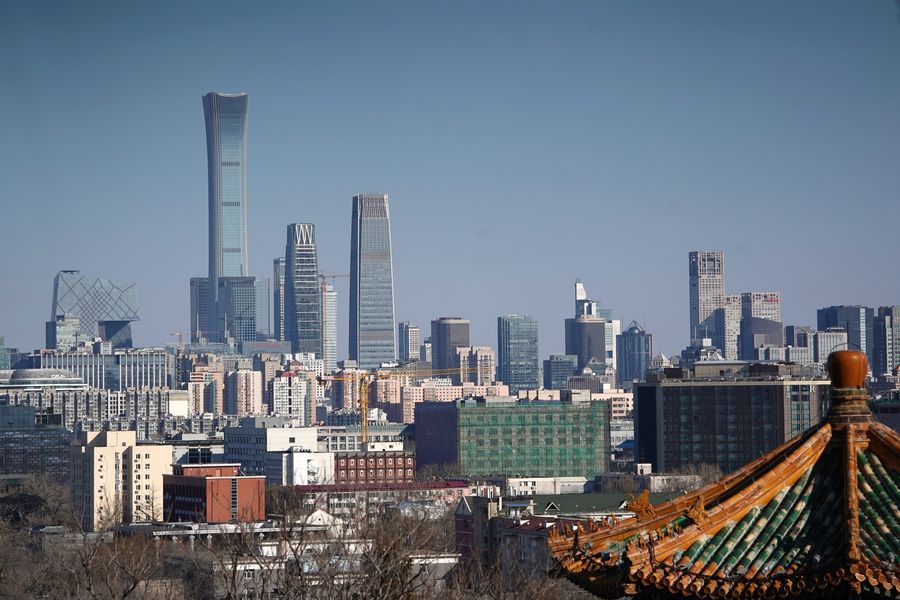 Beijing' s economy continued to recover from the COVID-19 pandemic, with narrowing contraction in the city's industrial output in August and the automobile industry witnessing growth for the first time this year, according to data released Wednesday by the municipal statistics authority.

The automobile industry is considered an important engine in the Beijing Economic and Technological Development Area. Recent notable achievements there include the production of Beijing Benz Automotive's first 120,000 pure electric vehicles, and the construction of Beijing Electric Vehicle's (BAIC BJEV) high-end intelligent factory with an annual production capacity of 120,000 vehicles.

The high-end industries have contributed to the recovery in Beijing. Data shows that from January to August, the added value of industries above the designated size fell 0.8% year on year, and the rate of decline narrowed by 1.1 percentage points compared with the period from January to July. Among them, high-tech manufacturing grew by 6.2%, and strategic emerging industries grew by 4.3%.

There were also positive developments in terms of fixed-asset investment. From January to August, the city's fixed asset investment (excluding rural households) turned from negative growth to positive, with an increase of 0.6% year on year. Specifically, investment in the secondary industry increased by 37.3%, including a 1.3-times increase in high-tech manufacturing industry.

Consumer spending has also kept recovery in the Chinese capital. From January to August, the decline in total market consumption in the city narrowed by 0.7 percentage points compared to January to July. Also, the total retail sales of consumer goods reached 767.54 billion yuan, and the revenue of the food and beverage industry was 47.5 billion yuan. Online retail sales continued to pick up, with the above-the-designated-size wholesale and retail businesses, accommodation and restaurant businesses achieving online retail sales of 257.69 billion yuan, an increase of 26.8%.

Prices have generally remained stable. From January to August, the city's consumer prices rose by 2.3% year on year.