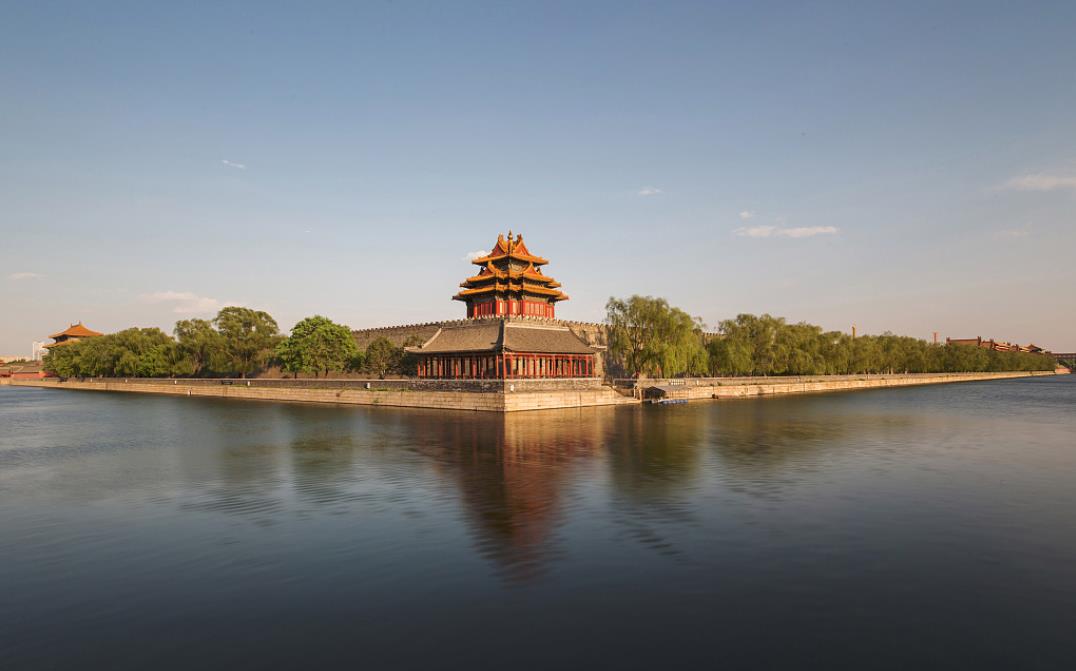 A general view of Forbidden City's moat in Beijing. (Photo/VCG)

China's two most influential cities, Beijing and Shanghai, are predicted to rank among the top 10 cities with the highest forecasted GDP for 2022 in constant prices, according to the Wealth Report released by Knight Frank last month.

The world's 10 richest cities will have a total GDP of $1.8 trillion by 2022, with four from the United States, one from the UK, one from France, two from Japan and two from China.

As the authoritative wealth index for the world, the Knight Frank report uses a wide range of criteria, including global wealth, property and luxury spending. The report on future GDP shows an international trend, with a number of countries leading the pack instead of just one.