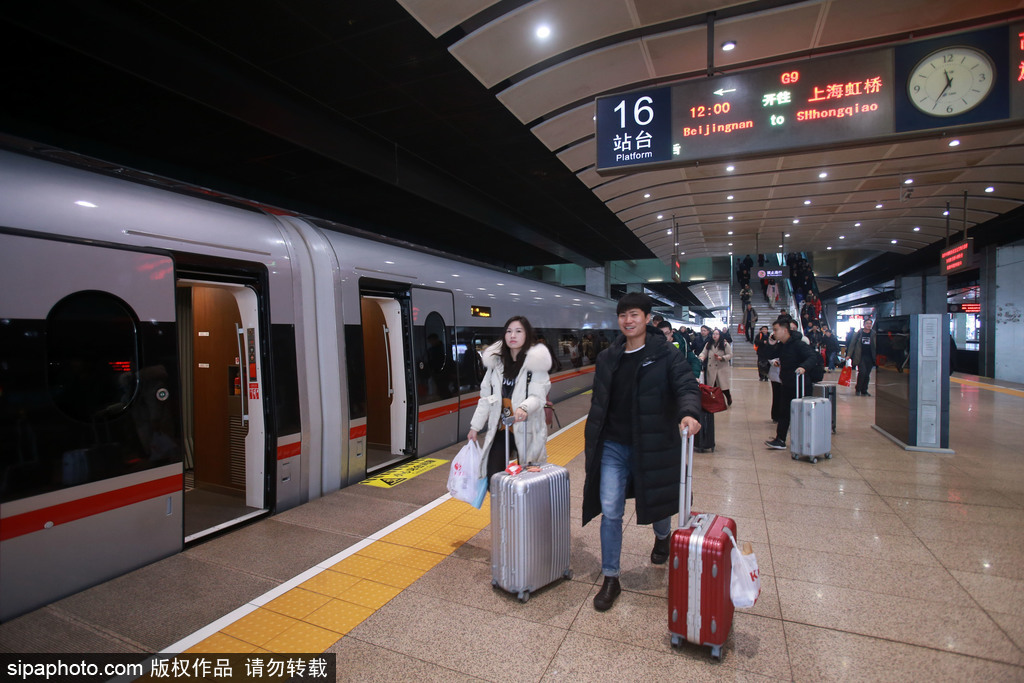 Beijing-Shanghai High Speed Railway Co Ltd, the operator of the high-speed railway between Beijing and Shanghai, released its first annual report on April 15 after listing, showing growth both in revenue and profit.

Trains operated by Beijing-Shanghai High Speed Railway Co Ltd handled 53.33 million passengers in 2019, down 1.21 percent from the previous year's 53.98 million, according to its annual report.