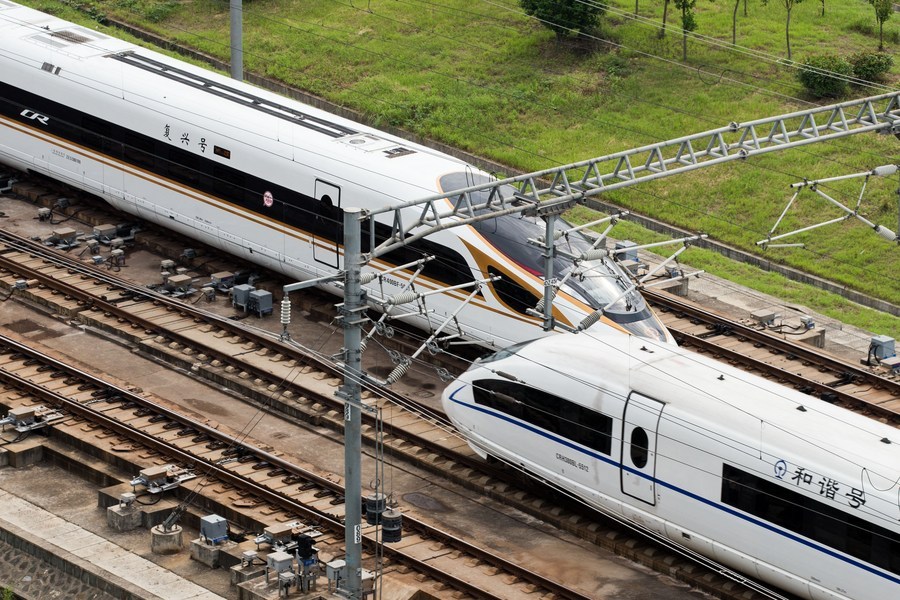 BEIJING -- A total of 1.35 billion passenger trips have been made safely on the Beijing-Shanghai high-speed railway since it went into operation 10 years ago, data from the China State Railway Group Co Ltd showed.

Over the past decade, 666 trains plied on the Beijing-Shanghai high-speed railway on the busiest day, while the highest daily passenger count reached around 798,000 trips, according to the group.

The railway has also stayed profitable since 2014, according to the Beijing-Shanghai High Speed Railway Co Ltd. The company's net profit surged at an annual average of 39.4 percent between 2014 and 2019. In 2020, the railway remained in profit despite the impact of COVID-19.

Linking the capital Beijing with the eastern coastal economic hub Shanghai, the 1,318-km Beijing-Shanghai high-speed railway opened to the public on June 30, 2011.