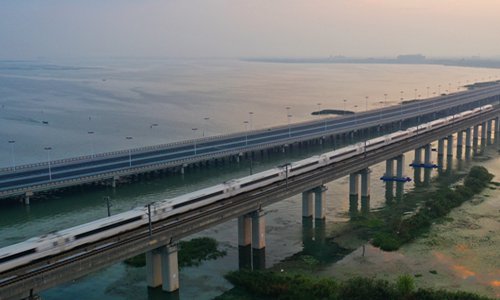 China's high-speed railway connecting Beijing and Shanghai saw revenue of 25 billion yuan ($3.5 billion) and net profits of 9.5 billion yuan, a net profit margin of 38 percent in the first three quarters of 2019, much above the general level of the national railway industry.

The most profitable high-speed railway of China was launched in June, 2011, and has seen a rapid growth in profits and rapid fall in debt ratio over the past several years.

According to the filing, the public offering shares of the Beijing-Shanghai high-speed rail are no more than 7.6 billion shares, accounting for no more than 15 percent of the total share capital after IPO.

The Beijing-Shanghai high-speed railway covers a length of 1,318 kilometers.