Beijing municipal authorities are accelerating development of the city's "two zones", introducing a series of business-friendly policies and continuing the city's opening-up to the outside world. 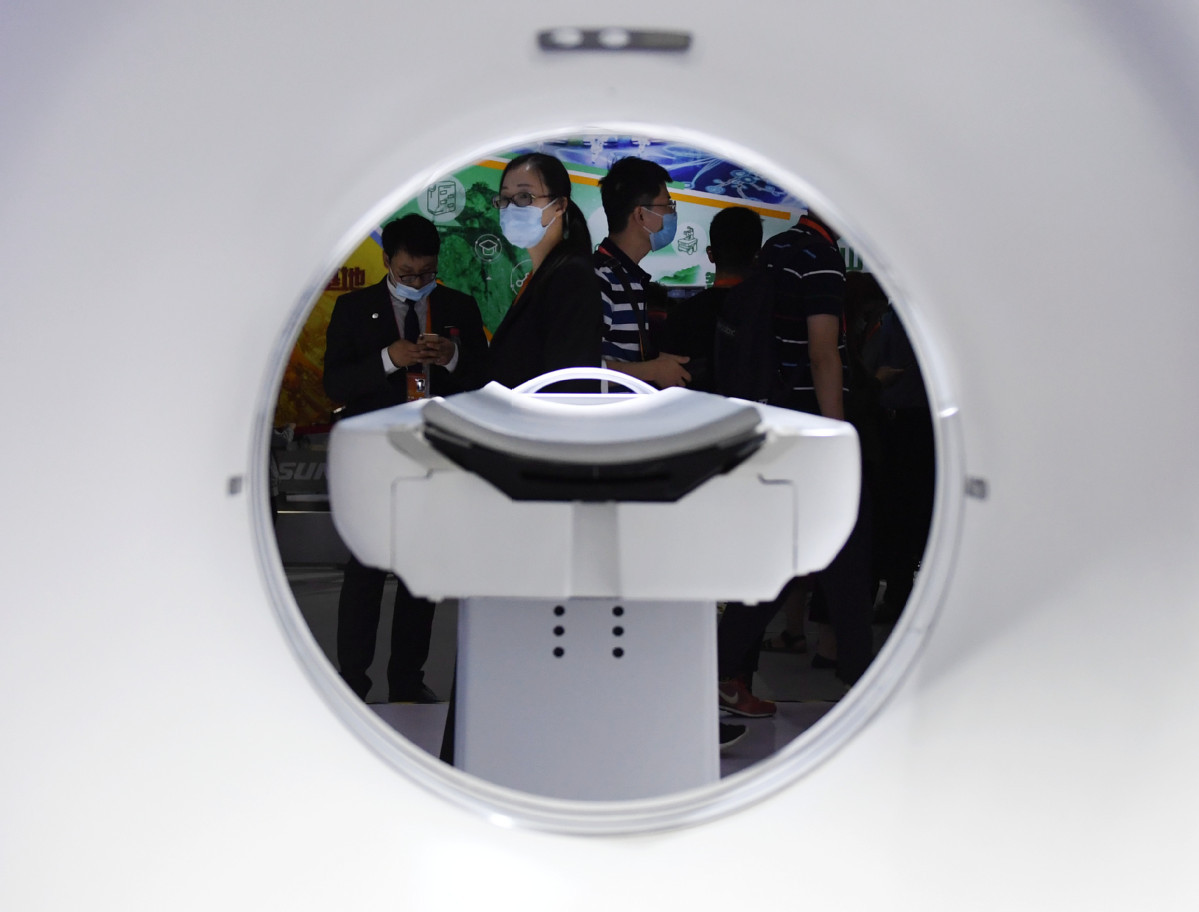 Visitors check out CT diagnosis equipment displayed at the China International Fair for Trade in Services in Beijing in September.

The "two zones" refer to the pilot free trade zone and the national comprehensive demonstration zone for expanding opening-up in the services sector.

In 2015, Beijing became the only pilot city in the country to open the services sector wider, and in 2020, the central government offered support for the capital to become a national comprehensive demonstration zone of services sector opening-up. The China (Beijing) Pilot Free Trade Zone was officially unveiled in September.

Against this background, many policies have been formulated to encourage innovation and entrepreneurship, advocate financial opening-up and attract talented individuals into the zone. Among the 251 policies for developing the "two zones", 140 policies had been implemented by the end of March, including 12 pilot policies.

Among local enterprises benefiting from such policies is Aircraft Maintenance and Engineering Corporation (AMECO) at Beijing Capital International Airport, which makes good use of the city's new facility for one-day Customs clearance in comprehensive bonded zones.

Some airline companies outsource their engine maintenance. But maintenance enterprises on the Chinese mainland have to send engines to Hong Kong and then import them back again to claim tax exemptions or refunds－a process which is time-consuming and involves risk during transport.

Han Keping, deputy general manager of the finance department at AMECO, said: "Since the policy was launched, AMECO has saved about 8 million yuan ($1.24 million) in engine maintenance freight rates, and the maintenance cycle has been shortened by over 400 days. Our corporation also plans to further explore tax refund services."

Favorable policies have taken shape in many other areas.

Di Xia, a staff member at Beijing's first one-stop platform for services catering to international talent, said the platform has enabled foreign workers to apply for Chinese work visas without bothering with trips to different offices as in the past.

Set up in July 2020, the Chaoyang district-based one-stop platform was one of the landmark features of the "two zones" policies, integrating 120 service items of 19 functional departments, with applications for foreigners' work and residence permits handled in one place.

Zhuang Rui, a professor at the University of International Business and Economics, said: "Beijing plays quite an important role in the opening-up of the services sector, and its pilot free trade zone is a great platform for exploration and innovation. The experience gained could be shared with the whole country."

The policies have drawn many multinational companies to Beijing, including UBS Securities－the first foreign-funded securities institution in China－as well as a wholly-owned subsidiary of Fitch Ratings of the United States and a wholly-owned entertainment unit of Japan's Avex Group.

According to the Beijing Municipal Commerce Bureau, the city got off to a flying start in utilizing foreign capital in the first quarter. A total of 379 new foreign-funded enterprises were established, representing a year-on-year growth of 36.3 percent. The contracted foreign investment reached $9.63 billion, up 1.3 times year-on-year. The actual utilization of foreign capital was $4.94 billion, up 32.7 percent year-on-year.

As an important platform for Beijing's further opening-up, the 2020 China International Fair for Trade in Services continues to exert its influence.

The implementation of signed projects has been going well, and the organizing committee has continued to receive additional projects, involving $10 million, Yan said.

The 2021 China International Fair for Trade in Services will be held in September in Beijing, local authorities said.

The ongoing COVID-19 pandemic has not hindered the pace of China's further opening-up to the outside world, municipal officials said.