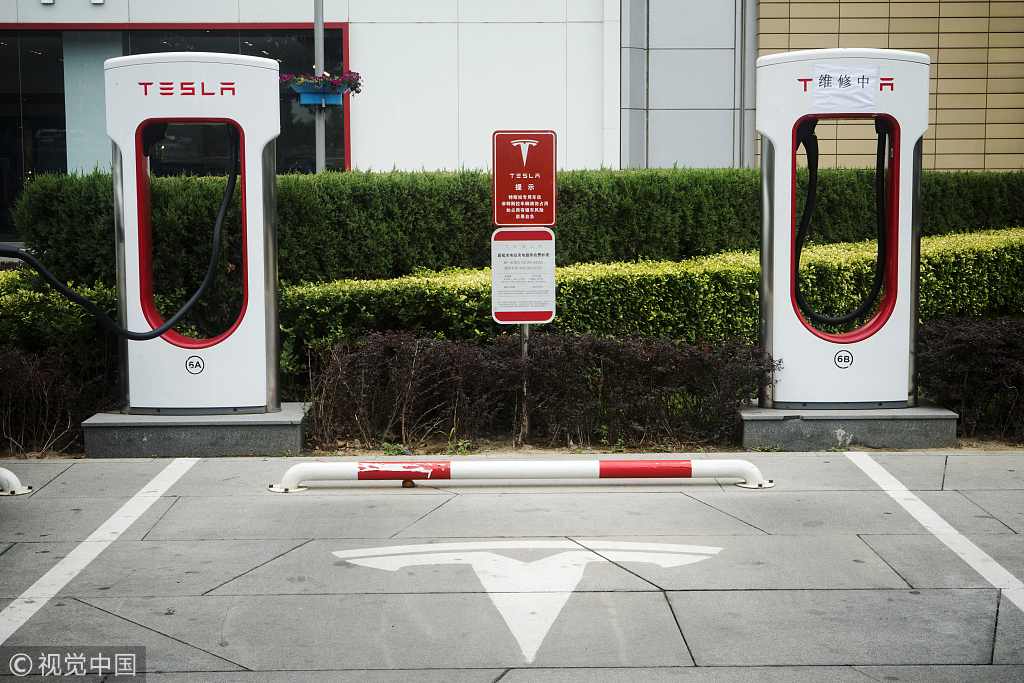 Beijing will add 1,628 more public charging piles for the new energy vehicles, according to a recent report by Beijing Youth Daily.

The new charging facilities will be placed in crowded areas near shopping malls, hospitals, hotels and parks in more than 10 districts around the city, the newspaper said, quoting sources with the municipal development and reform commission.

So far, the city has a total of 132,000 charging piles for new energy vehicles.

New energy vehicle sales went up 49.5 percent year-on-year to 101,000 vehicles last month, while production rose 39 percent to 99,000 vehicles, according to the China Association of Automobile Manufacturers.

In recent years, China has intensified efforts to encourage the use of new energy vehicles to ease pressure on the environment by offering tax exemptions and discounts for their purchases.

A total of 607,000 new energy vehicles were manufactured in China through August this year, while 601,000 were sold in the nation during the same period, increases of 75.4 percent and 88 percent year-on-year, respectively.

CAAM estimated that over 1 million new energy vehicles will be sold this year, while the Ministry of Finance provided a bolder prediction of 1.5 million vehicles, said Shi Jianhua, vice-chairman of CAAM.

In contrast, the output and sales of the whole auto industry continued to decline in August, with slumps of 4.4 and 3.8 percent to 2 million and 2.1 million vehicles during the same month.

The country produced and sold 18.13 million and 18 million automobiles in the first eight months of the year, a mild increase of 2.8 and 3.5 percent.