China plans to release another batch of state pork reserves to ensure a steady supply ahead of the National Day holidays peak season, as pork prices have surged due to outbreaks of African swine fever (ASF) across the nation. 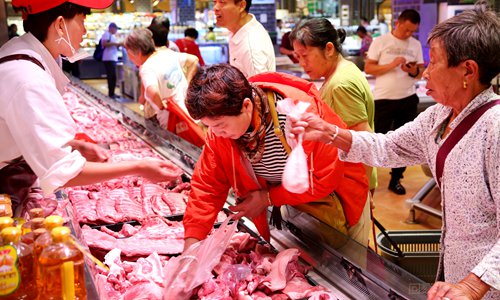 The China Merchandise Reserve Management Center, a state-owned company that manages the reserves, said on Tuesday that it will auction 10,000 tons of pork reserves on Thursday.

This will be the second time in a month that the Chinese government  releases state pork reserves to ensure supply. The first time was on September 17, and the volume was also 10,000 tons.

According to the notice, the pork is from countries including the US, Germany, France, Denmark, Chile and the Netherlands.

Market supply is generally guaranteed as meat imports have increased substantially and frozen meat stocks have remained at a high level, according to a statement posted on the website of the Ministry of Commerce (MOFCOM), days after the first batch of pork reserves were released.

It noted that pork prices in the country have increased significantly, though demand is dropping.

China, the largest pork market, has faced a rise in prices in recent months. Faced with rising prices and strained supplies, some local governments have already taken measures.

The Shandong-based Dazhong Daily said on Tuesday that the Shandong government increased insurance coverage for pig breeders and raised the financial subsidies for feed.

The MOFCOM said the recent increase in pork prices had slowed, citing data from September 16 to 22. Statistics showed a 0.6 week-on-week decline in national edible farm product market prices. The price of pork dropped 0.4 percent to 36.39 yuan ($5.12) per kilogram.

The National Bureau of Statistics said the pork price in August rose 46.7 percent from one year earlier due to shortages. This surge lifted consumer inflation by more than 1 percentage point in August.