BUSINESS Beijing to be 'new highland' for securities industry

Beijing to be 'new highland' for securities industry 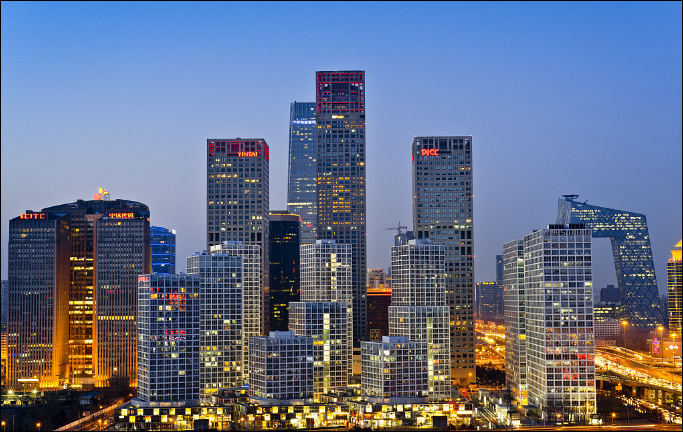 A view of the central business district in Beijing. (Photo: VCG)

China will try to establish a trading platform in Beijing to better commercialize technologies, and promote the capital city as a "new highland" of securities industry opening-up, a top securities regulator said on Thursday.

The moves are expected to leverage Beijing's advantages to strengthen the role of capital and technology markets in driving the country's quality growth, experts said.

The China Securities Regulatory Commission will work with Beijing authorities to explore the possibility of establishing a "science and technology transformation board," Yan Qingmin, vice-chairman of the commission, said at a forum in Beijing on Thursday.

Different from the highly-anticipated science and technology innovation board to provide financing for technological enterprises, this market will aim to facilitate the transformation from technologies and patents into applications and productivity, Yan said.

"We will also aid Beijing in becoming the country's technology innovation center," Yan said, adding the CSRC will support qualified companies to utilize the S&T innovation board to grow stronger.

Wang Tingting, an associate professor of finance with the Beijing-based Central University of Finance and Economics, said the capital city can leverage its "core resources" of technological enterprises in building this new factor market.

By the end of April, the number of Beijing-based enterprises seeking to list on the S&T innovation board was the first among all cities, according to the CSRC.

The factor market may be established by revamping existing technology markets in Beijing, such as improving market rules to incorporate more market participants, including technology providers, investors and intermediaries, Wang said.

"At present, most technology markets are regional ones with limited technologies and funds. If the new board in Beijing could be a nationwide one, market liquidity will see a major boost, expediting the industrialization of technological innovations," Wang said.

"We will put into place the strategy of two-way opening-up of securities and futures industries in Beijing," said Yan.

"By creating a new highland of securities industry opening-up, we aim to fully spark the internal development momentum of Beijing's financial industry," Yan said, adding that the plan for Beijing will also contribute to the nation's financial opening-up progress.

China has posted concrete achievements in financial opening-up in recent years, which are recognized by many global institutions. For instance, global index provider MSCI has included China's A shares in its global indexes last year and is scheduled to increase its weighting this year in three steps.

But if more A shares need to be included into the MSCI's indexes, some "accessibility concerns" need to be solved, said Wei Zhen, executive director and director of China research with MSCI.

The concerns include the lack of listed derivatives products, the difference in settlement cycles between the A-share market and international practices, the misalignment of holidays between mainland and Hong Kong bourses, and the lack of an omnibus trading mechanism under Stock Connects, according to Wei.

"We are communicating closely with regulators over the four concerns and beyond. We share the same aim of solving them," Wei said.

A "smooth implementation" of this year's weighting increase plan is a precondition for further inclusion decisions, Wei added, citing that the first step of the plan, which took effect on Tuesday, went smoothly.