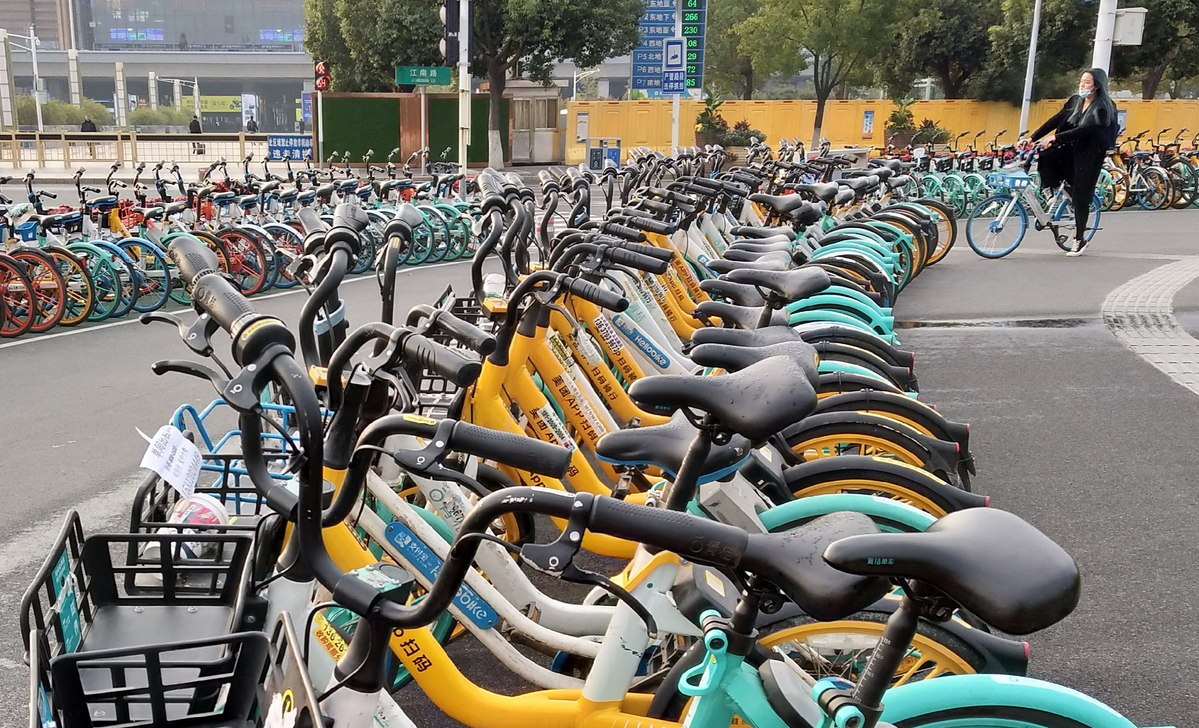 A rider parks a shared bicycle at a parking lot earmarked for shared bikes in Nanjing, Jiangsu province, in October. (Photo: China Daily)

Beijing announced it will limit the total number of shared bikes in the central urban area within 800,000 units this year, according to the city's Commission of Transport, Beijing Youth Daily reported on Tuesday.

As the road system has been upgraded and the government has issued policies to promote green transportation, the number of registered shared bikes hit 844,000 in Beijing last year. The annual usage reached 690 million rides in 2020, with the average daily figure increasing 13.4 percent year-on-year to 1.89 million.

To create an open, fair, competitive and orderly business environment in the shared vehicle sector, regulators set caps on total bicycle volume in the capital's central downtown area, with Meituan Bike at most 400,000, Halo Bike at 210,000 and Didi Bike at 190,000 units this year.

The volume of the shares bicycles thrown into the market is under dynamic control, which will be adjusted based on transportation demand variation and bike companies' service quality, Beijing Commission of Transport said.

In 2020, the government also enhanced investigation and punishment on irregularities related to shared bikes, such as incomplete operation data connections, lack of broken bicycle maintenance staff and disorganized parking by riders.

Besides, the official re-emphasized that Beijing will continue to ban shared electric bicycles, and has cleared over 14,000 e-bikes which were under illegal operation.