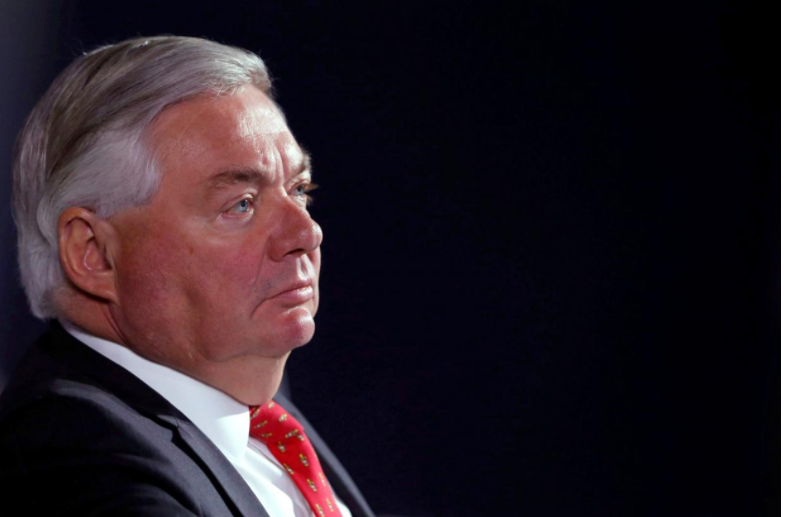 Airbus (AIR.PA) has embarked on a fresh search for a sales chief to take over from soon-to-retire John Leahy as the aerospace group seeks a clean break from turmoil over investigations into the use of middlemen, said three people familiar with the plans.

Leahy’s deputy, Executive Vice-President Kiran Rao, had been identified as Leahy’s successor earlier this year, but his appointment to one of the industry’s most visible jobs was never confirmed as Leahy’s retirement slipped towards end-year.

Chief Executive Tom Enders has now decided to look outside the core part of the company in a bid to denote a fresh start, but Rao is not being targeted in the compliance investigation which centres mainly on a defunct headquarters team, the people said.

Rao confirmed he would not be in the running for the post.

“I can confirm I am no longer pursuing the position of commercial director and intend to concentrate on Airbus product strategy,” Rao told Reuters.

The search comes as the Airbus marketing machine is seen as demoralised as a result of British and French probes, which have also sparked a blanket internal investigation.

Enders told a recent sales meeting Leahy would stay till the year-end, but failed to confirm Rao’s appointment, leaving what insiders described as a sense of vacuum amid dwindling sales.

Rao, 53, has until recently combined the No. 2 sales role with product development, for which he received a French distinction in July. He has stood in for Leahy since July as the New Yorker prepared to retire, initially in September.

The search for a new successor extends outside the core part of Airbus but will include affiliates such as 50-percent owned turboprop maker ATR, where CEO and former Airbus commercial strategy chief Christian Scherer is seen as a leading contender.

Several outside candidates are being considered and Airbus could go head-hunting at suppliers, such as the recently overhauled management team at Britain’s Rolls-Royce (RR.L).

Planeview Partners founder Henri Courpron has been widely mentioned but the former Airbus executive is said to have no plans to leave his U.S.-based consulting firm after helping negotiate a recent deal for Airbus to buy Bombardier’s troubled CSeries jet programme. Courpron couldn’t be reached for comment.

The handover is happening as Enders comes under mounting French pressure over the conduct of a compliance campaign, which widened this week to flawed paperwork in the United States.

While German-born Enders has bet his future on overhauling the company, insiders worry the crackdown will stymie risk-taking and swing the pendulum too far towards bureaucracy just as a resurgent Boeing (BA.N) is aggressively winning orders.

Enders’ own future is increasingly questioned, a source of uncertainty that sources say may put off some contenders.

He has called for modernisation and fresh blood, but the change of policy on the key sales post underscores how the company’s ability to set its own direction has come under mounting pressure as investigations ripple through the group.

Whoever replaces Leahy will face the job of repairing poor morale and absorbing the CSeries without upsetting demand for bread-and-butter larger jets offered by Airbus and Boeing.

But his replacement is unlikely to enjoy the same latitude as Leahy in negotiations or influence over industrial moves.

Airbus’s market share against Boeing has fallen to 35 percent so far this year - a gap likely to widen as U.S. President Donald Trump visits China with Boeing sales in view - but it aims to bounce back with at least one major deal in coming months. It may announce orders for the struggling A380 at this month’s Dubai Airshow.