BUSINESS Beverage companies aim to get bottles recycled, not trashed

Beverage companies aim to get bottles recycled, not trashed 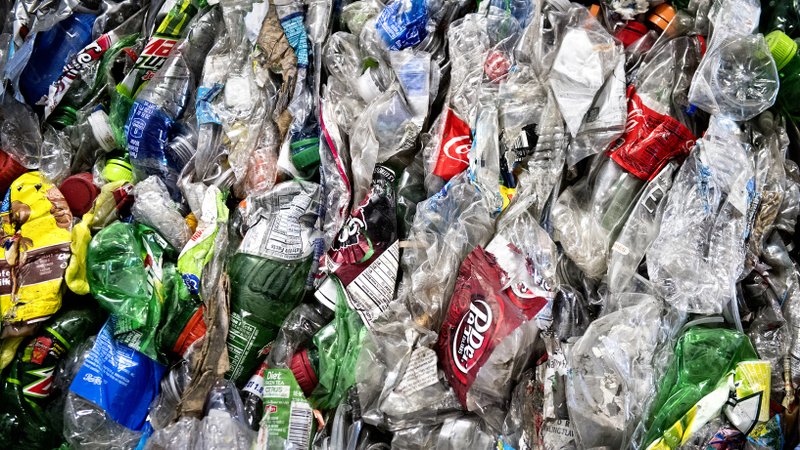 Every year, an estimated 100 billion plastic bottles are produced in the US, the bulk of which come from three of America’s biggest beverage companies: Coca-Cola, Pepsi and Keurig Dr. Pepper.

The problem? Only one-third of those bottles get recycled; the rest end up in the trash.

That bleak trend has persisted for more than a decade because of spotty collection, outdated processing facilities and other issues, according to the American Beverage Association.

Now, Coca-Cola Co., PepsiCo and Keurig Dr. Pepper are trying to change that by investing $100 million to improve recycling collection and processing. They also plan to come out with new packaging next year reminding consumers to recycle.

The American Beverage Association is coordinating the investment, which will be distributed through The Recycling Partnership, a Virginia-based nonprofit that works with local governments to improve recycling rates, and Closed Loop Partners, a New York firm that invests in recycling facilities and new research. The World Wildlife Fund will track the companies’ progress.

Both The Recycling Partnership and Closed Loop Partners say the scale of the investment is unprecedented — and sorely needed. US recycling is a hodge-podge, with 20,000 local governments deciding how best to provide the service. Only 53% of US households have curbside recycling. Six percent have no recycling options at all.

China’s decision last year to cut back drastically on the recycling it accepts from the US also put a spotlight on the problem.

“The US system is so desperate,” said Keefe Harrison, the CEO of The Recycling Partnership.

Katherine Lugar, president and CEO of the American Beverage Association said that’s a source of frustration for both soda drinkers and corporations.

“Consumers in many cases like the convenience of our plastic bottles, but they are rightfully frustrated when they see a bottle on the beach or in a trash can,” Lugar said. “It’s clear that our recycling system needs big improvements, so consumers know their efforts are going to make a difference.”

Closed Loop will invest in things like robot sorters, which make recycling centers more efficient and profitable. Through matching grants, municipal funds and private investors, the fund says it can triple the beverage companies’ investment to around $400 million.

Right now, only around 6% of US bottles are made from recycled plastic, according to The Recycling Partnership. In some regions of the country, that number is as high as 20%.

Reaching those targets will be difficult. Wood Mackenzie, a consulting firm for the oil and gas industry, estimates plastic bottle collection rates would have to rise 38% by 2025 and 78% by 2030 to meet them.

But companies may have no choice. California lawmakers recently passed legislation requiring 50% recycled content in bottles by 2030. Gov. Gavin Newsom vetoed the bill, but only because it let manufacturers seek waivers.

Soda companies have made recycling promises before. In the early 1990s, Pepsi promised to phase out virgin plastic in its bottles by 1994. It never happened. In 2007, Coke invested $60 million in a bottle recycling plant. The plant closed in 2014.

The companies have also vehemently fought bottle deposit programs, which have increased recycling rates in the 10 states that have them. The programs require consumers to pay extra for drinks and get the deposit back when they return the bottles to the store.

Lugar said her association wants to help develop policies to get more recyclables back, but thinks current bottle laws burden the consumer.

“Recycling is not going to solve this problem,” Von Hernandez, the group’s global coordinator, said last week when releasing the results.

Bridget Croke, vice president of external affairs for Closed Loop Partners, said the world does need to reduce single-use plastics. But the US also needs to build a system to get all the value it can out of plastic.

“It’s going to take every tool that we have to solve this challenge,” she said.