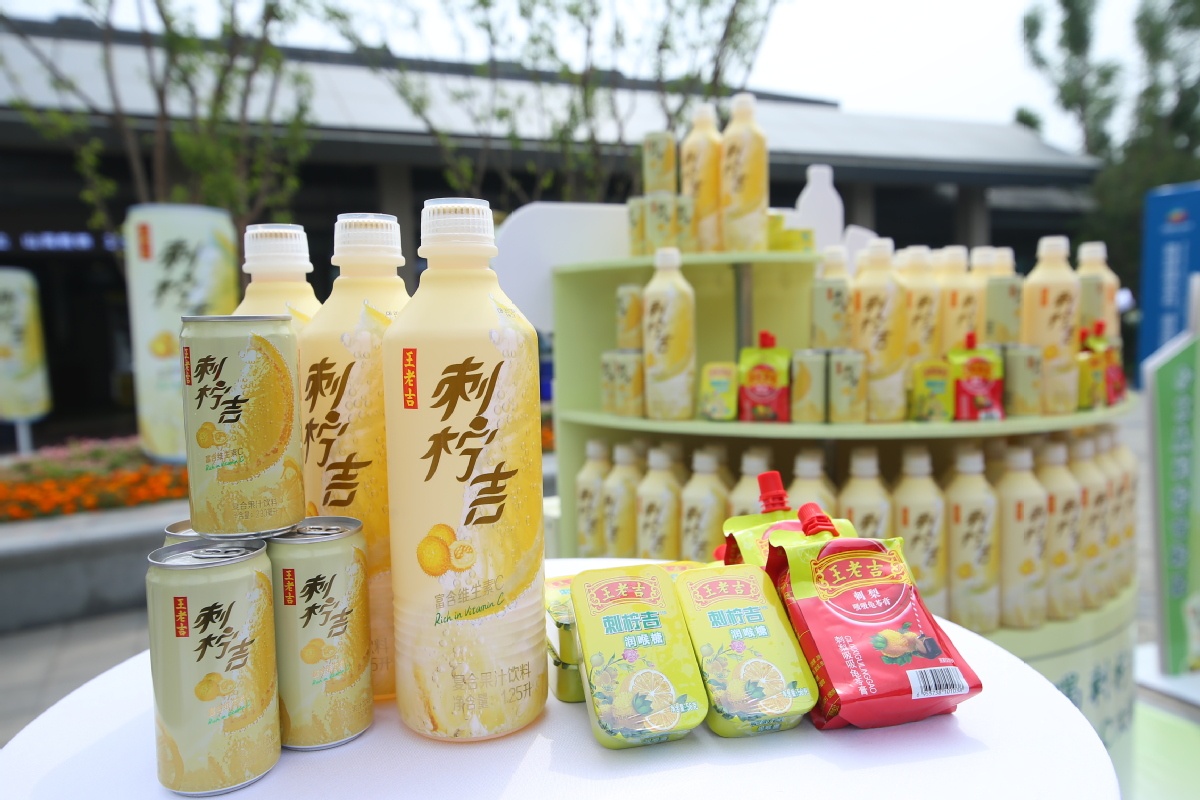 The vouchers will be given to consumers for free to buy the company's new product series launched last year under the brand name Ci Ning Ji, made from ingredients mainly including Guizhou province's signature fruit, Rosa roxburghii Tratt, or thorn pear, a healthy fruit rich in vitamin C with a sweet and sour flavor.

The company made the statement during a briefing on preventing COVID-19 and the resumption of work in Guangdong province that local authorities held on Wednesday.

A total of 100 million yuan in consumer vouchers will be distributed in Guangzhou city, relying on the area's economic development advantages to drive consumption of the products and thus help with poverty alleviation in Guizhou province, the company said.

At the end of April, the first batch of the consumer vouchers will be issued on Wanglaoji's official online stores such as its Tmall flagship store and Wanglaoji online mall. Consumers can also get the vouchers through some new retail live broadcast platforms, online takeaway platforms, and e-commerce platforms that have partnerships with the company.

Wen Shaoquan, general manager of the company, said the company will donate 2 yuan every time it sells a box of 12 cans of the Ci Ning Ji soft drink, and will donate 4 yuan for every box of 24 cans of the soft drink it sells. All of the monetary donations will be used to help underprivileged people in Guizhou province.

The company also plans to better use the internet and livestreaming commerce to promote sales, he said.

In 2019, as sales of the Ci Ning Ji products exceeded 100 million yuan, the company purchased 500 tons of raw Rosa roxburghii Tratt juice, creating new job opportunities and improving incomes for locals, according to the company.

Data from Guizhou province's industry and information technology authorities showed that sales of Guizhou's Rosa roxburghii Tratt planting and processing enterprises have increased more than 30 percent year-on-year, which has effectively driven local economic development, thanks to Wanglaoji's assistance in developing the industry.