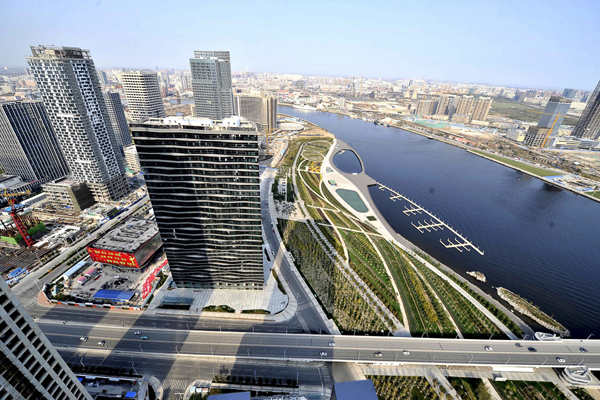 A photo of the Yujiapu Economic Zone in Tianjin Binhai New Area. (Photo:Xinhua)

In the first six months, a total of 2,115 projects worth 141.5 billion yuan ($20 billion) of domestic investments settled in Tianjin's Binhai New Area, while 147 foreign-invested projects worth $7.2 billion settled in the area.

The projects cover many strategic emerging industries, such as biomedicine, new energy and smart manufacturing.

Of the projects, the value of many exceeded 1 billion yuan each, indicating high expectations of rosy prospects.

Authorities in the area have streamlined administrative procedures to facilitate the setting up of new companies.