Novozymes, the world's largest producer of industrial enzymes, faces more opportunity in the Chinese market, 20 years after opening its first plant in the country, according to an executive with the company. 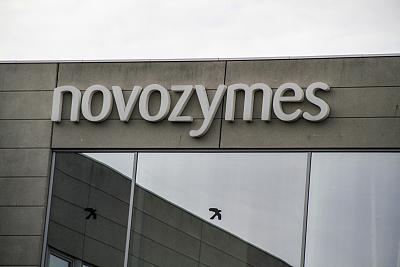 "China is keeping economic growth in a more sustainable way, and we can provide green technology to this end," Dai said at Novozymes's factory in the Tianjin Economic-Technological Development Area.

She pointed to the use of enzymes in detergents for better cleaning and water conservation, as well as their use in the food industry, in which they help reduce the use of chemicals that are bad for health and the environment.

Enzymes, widely used in laundry and dishwashing detergents, are also used in the production of biofuels such as ethanol. Last year, bioenergy accounted for 18 percent of the Danish firm's total sales.

Dai said ethanol fuel is one of the major opportunities Novozymes sees in China, which is the world's third-largest market for ethanol fuel. The country has unveiled a plan to push nationwide use of bioethanol gasoline by 2020 to cut emissions and fossil fuel consumption.

China has scrapped access limitations for foreign investors in the ethanol fuel sector in a sign of its opening-up, she said. "We are also very positive about the recent development in China's investment environment, including the progress in IP protection."

With over 1,000 employees in China, its second-largest home market, Novozymes has grown from a single office in Beijing in the early 1990s to a network for research, development, production, sales and marketing in six Chinese cities.

"We have developed together with China's opening-up," said Graziela Chaluppe dos Santos Malucelli, a senior vice president at Novozymes. "And we want to continue developing together in the future."

China's continued opening has created more opportunities to invest and expand, an important factor for a global company like Novozymes, she said.

With a 48-percent market share in industrial enzymes, Novozymes provides biological solutions for producers of ethanol, bread, detergent and textiles in 130 countries.