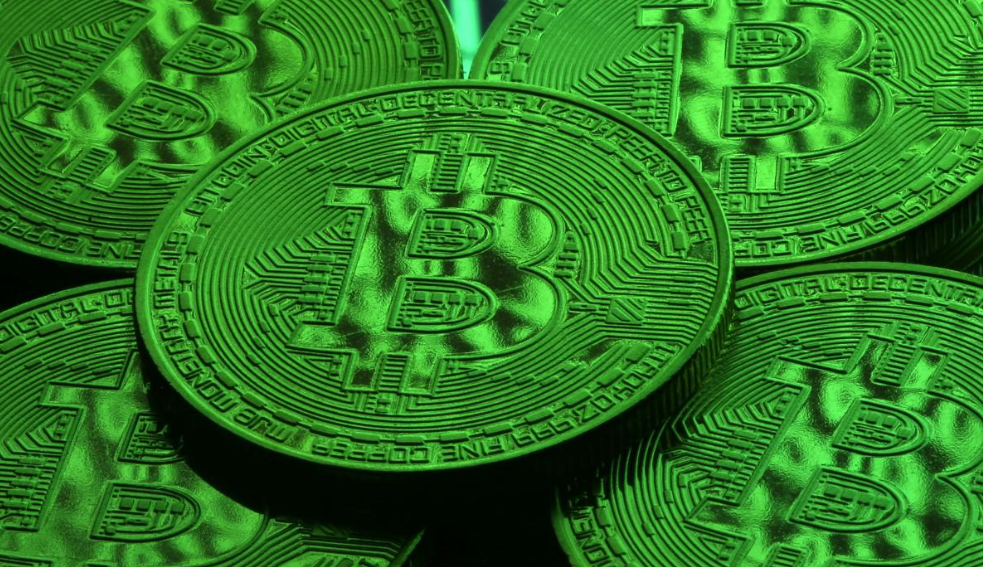 Newly launched bitcoin futures on Monday suggested that traders expect the cryptocurrency’s blistering price gains to slow in the coming months, even as it blasted above $17,000 to a fresh record high in the spot market.

Chicago-based derivatives exchange Cboe Global Markets (CBOE.O) launched the futures late on Sunday, marking the first time investors could get exposure to the bitcoin market via a large, regulated exchange.

Its steep gains and rapid rise have attracted investors around the world as well as intense scrutiny from government regulators, which is the very opposite of what its creators wanted when it first launched bitcoin more than eight years ago.

“The bitcoin founder should be horrified seeing it rise so quickly, as any serious focus on it and its recent explosive move higher will soon end its freedom,” said John Taylor Jr, president and founder of research firm Taylor Global Vision in New York.

Taylor believes that based on his charts, bitcoin has not yet peaked, but as soon as the “upmove ends, it will crash.”

Given bitcoin has almost tripled in value over the past month, and was up more than 15 percent on Monday alone, the futures pricing suggested investors see price increases moderating.

Bitcoin futures were already offered on some unregulated cryptocurrency exchanges outside the United States, but backers said the U.S. market debut would confer greater legitimacy on the volatile cryptocurrency and encourage its wider use.

The CME Group (CME.O) is expected to launch its futures contract on Dec. 17.

Although there are hopes that the futures will draw in new investors, most fund managers at larger asset managers and institutional investors said bitcoin remains too volatile and lacks the fundamentals that give other assets value.

While modest when compared with bitcoin’s 270 percent increase over the past three months and 230 percent rise in the last two months, those levels still indicated a lack of large “short” positions betting against bitcoin.

“Anyone, especially a professional trading outfit, would be crazy to actually short sell this bull market,” said Nick Spanos, founder of Bitcoin Center NYC. “But just because it doesn’t happen on day one doesn’t mean it won’t in the future.”

As of early afternoon trading in New York, 3,951 one-month contracts had changed hands, meaning around $73.1 million had been notionally traded. That compares with daily trading volumes of more than $21.5 billion across all cryptocurrencies, according to trade website Coinmarketcap.

There had been speculation that the futures launch would trigger more gyrations in the market. But while volatile compared with traditional currencies or assets, the rise on Monday was relatively tame for bitcoin.

Bitcoin surged more than 40 percent in 48 hours last week, before tumbling 20 percent in the following 10 hours.

“(Bitcoin futures) will speed up the march towards legitimization of an asset class that only a few years ago many law enforcement agencies would have argued had limited legitimate reasons for people to use,” said Jo Torode, a financial crime lawyer at Ropes & Gray in London.

The futures are cash-settled contracts, allowing investors exposure without having to hold any of the cryptocurrency.

The futures are based on the auction price of bitcoin in U.S. dollars on the Gemini Exchange, which is owned and operated by virtual currency entrepreneurs and brothers Cameron and Tyler Winklevoss.