BUSINESS Black Friday and Christmas give UK retail a boost

Black Friday and Christmas give UK retail a boost 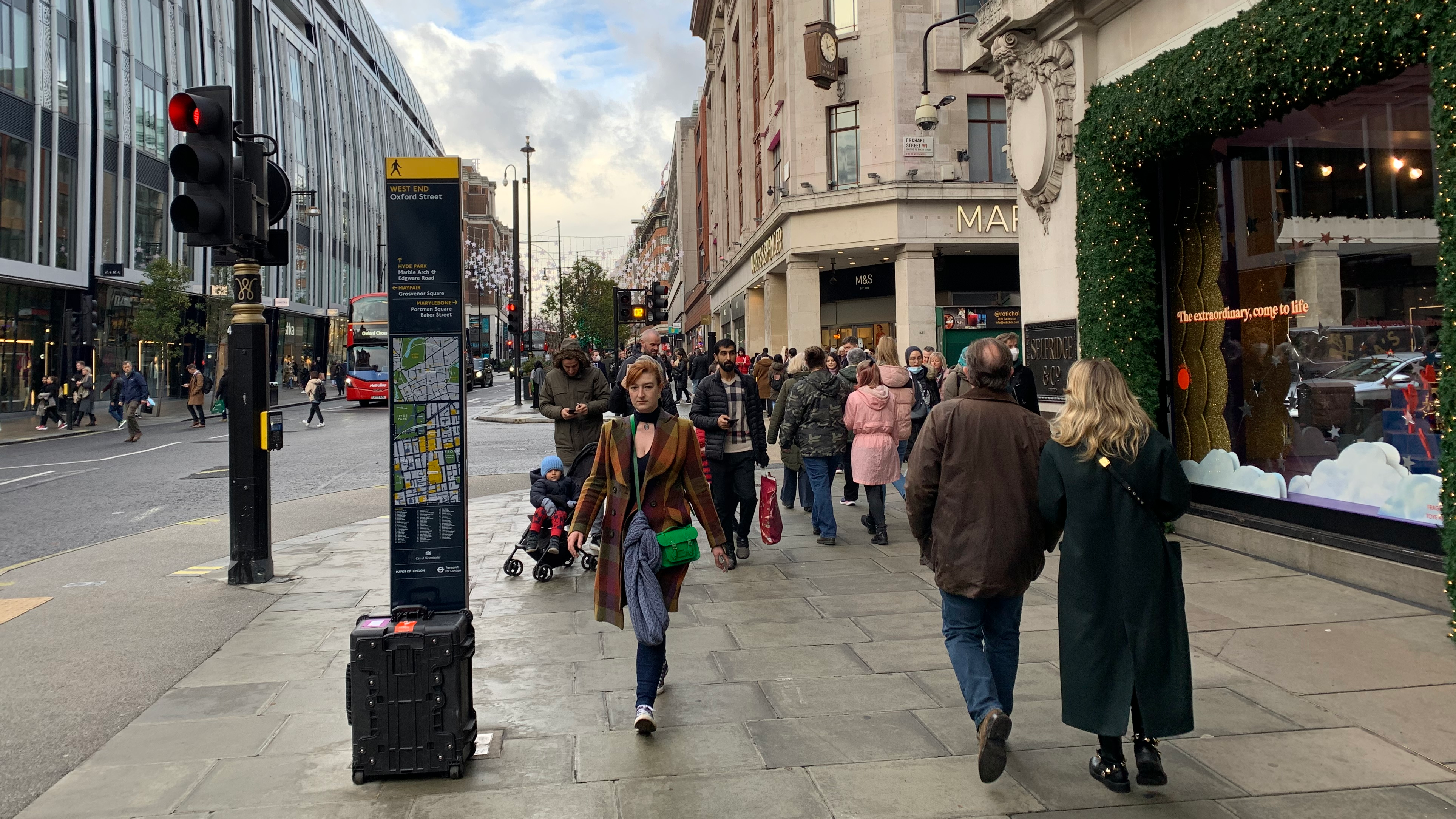 London's famous Oxford Street welcomes shoppers on Black Friday after missing out in 2020 because of a COVID-19 lockdown. /Nawied Jabarkhyl/CGTN

Shoppers and businesses in the UK have been cashing in on Black Friday sales as concerns over a new variant of COVID-19 grow in Europe.

The shopping event started in the U.S. but it's now a global phenomenon. Retailers on London's Oxford Street were among those taking part again in sales this year.

Tens of thousands of people turned out on the world-famous shopping street on Friday, with little social distancing or mask-wearing in many places. In England, most legal limits designed to tackle the coronavirus were scrapped in July.

Payments via Barclaycard were up 21.4 percent between midnight and 9 a.m. compared with the same period in 2020, while high street bank Nationwide said its customers had made 1.3 million purchases by 9 a.m., a 24 percent rise year-on-year.

After years of suffering at the hands of online retail, one key feature of this year's sales has been the return of physical retail. According to the Confederation of British Industry (CBI) – which represents 190,000 businesses in the UK – retail sales have risen sharply in November and are expected to continue growing in December.

"Christmas seems to have come early for retailers," said Ben Jones, lead economist at the CBI. "It seems likely that reports of supply chain disruptions prompted consumers to start their Christmas shopping early.”

The CBI's quarterly trade survey also showed that year-on-year internet sales fell for the time since the question was asked in August 2001. The fall is only temporary but could be down to pent-up demand for shopping experiences after almost several months of COVID-induced lockdowns and restrictions over the past two years.

The price of many good have also risen here in recent months. According to the Office for National Statistics, inflation rose to 4.2 percent in the 12 months to October, marking the highest rate in a decade. 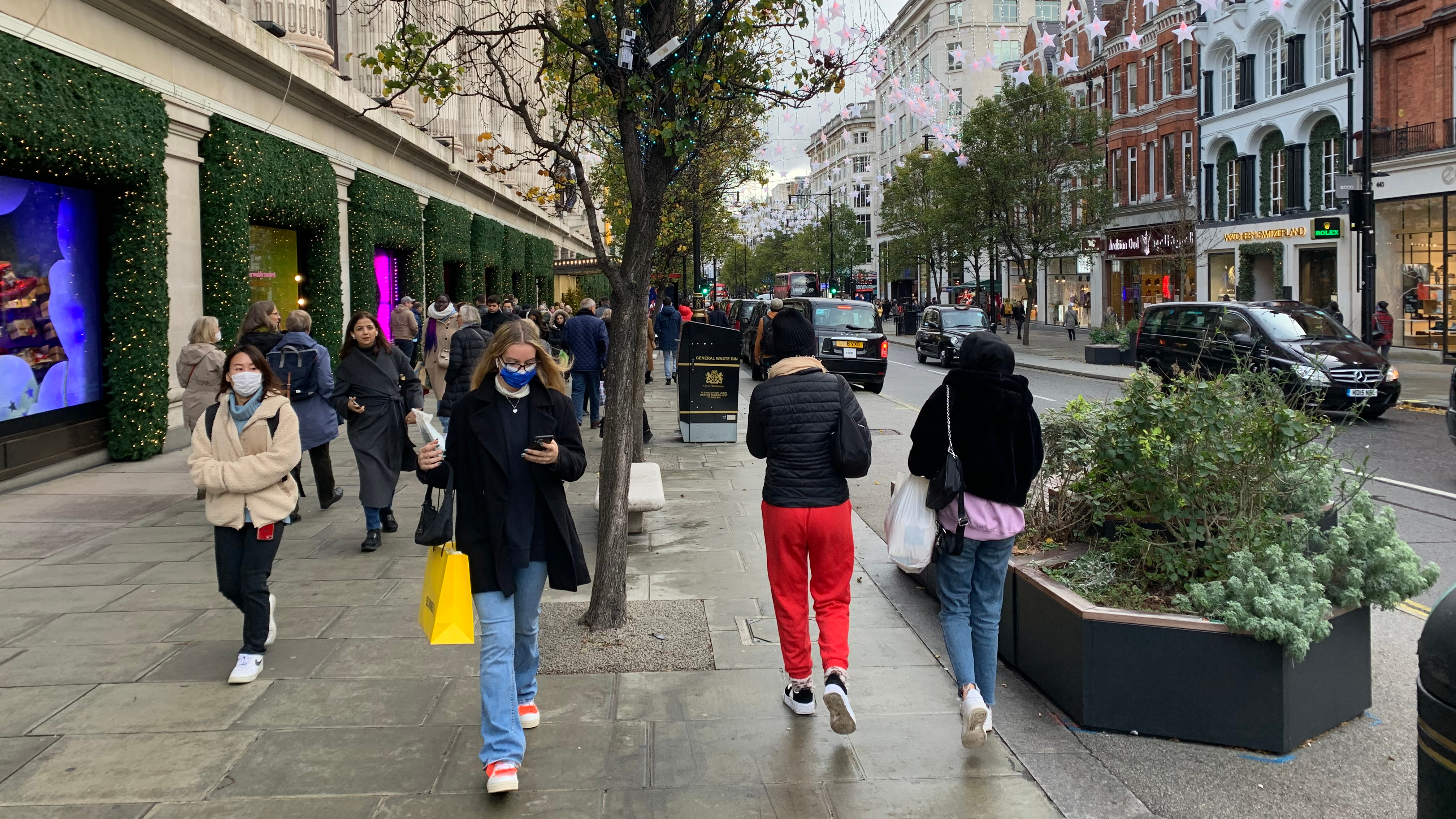 Department stores, such as Selfridges in the UK, have seen sales increase as shoppers return to the high street. /Nawied Jabarkhyl/CGTN

On Friday, the UK banned all travel from six countries in southern Africa after a new variant of coronavirus was identified in the region.

Hours later, European Commission President Ursula von der Leyen said the EU was considering a similar move and that flights "should be suspended until we have a clear understanding about the danger posed by this new variant."

But shoppers who spoke to CGTN Europe didn't seem too concerned about its impact at this stage. "I'm not worried about COVID, it's a risk you've got to manage," said Paul Harvey.

It was a view echoed by many, including another shopper who asked to be referred to as Cornell: "I'm not really worried about COVID to be honest because I'm double-jabbed. But, yeah, I'm just here, having a little browse, maybe doing some late Christmas shopping."