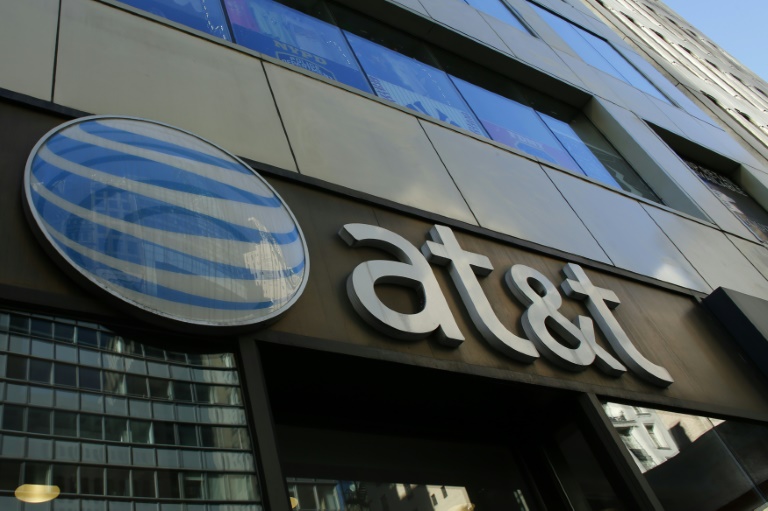 The outcome of the antitrust challenge to the AT&T tie-up with Time Warner could have far-reaching implications (Photo: AFP)

With a judge set to rule in the trial over the merger of AT&T and Time Warner, any decision could have a far-reaching impact on the media and communications sector and the future course of antitrust enforcement.

US District Judge Richard Leon is set to announce his verdict June 12 in the $85 billion merger of wireless and broadband giant AT&T with media-entertainment conglomerate Time Warner.

The case, heard in Washington over seven weeks, is the most high-profile antitrust trial since the effort to break up Microsoft in the 1990s.

The outcome may set a benchmark for other tie-ups in the sector and how far antitrust enforcers can go in blocking big mergers.

Notably, this is the first trial in decades involving a "vertical" merger of companies that don't have overlapping operations but which operate in the same sector.

"This decision will have an outsized effect because there are so few antitrust trials that challenge vertical mergers," said Michael Carrier, a Rutgers University law professor specializing in antitrust.

"If AT&T wins, it makes it easier for other companies to say they should be able to merge."

AT&T, the largest US pay-TV operator and the second-largest wireless phone carrier, is seeking the deal with Time Warner, owner of premium channel HBO, the Warner Bros studios, Cartoon Network and CNN.

The deal comes with other big tie-ups pending in the sector -- Walt Disney Co. is seeking to buy film and television operations of rival 21st Century Fox, and media-cable giant Comcast is expected to make a bid for the same assets.

The companies argue they need more scale to compete against fast-growing rivals Netflix and Amazon, and Silicon Valley giants Apple and Google that are pushing into the sector, with the advantages of data gleaned from the online platforms.

The Justice Department sued to block the deal, saying the tie-up could hurt consumers by raising prices and giving the combined firm an unfair advantage over rivals.

Television industry analyst Alan Wolk said that traditional operators like Time Warner are hurting because they lack precise data about customers that would allow them to pitch programs, packages and advertising to specific viewers and groups.

"If the deal is quashed, Time Warner will probably be sold off for parts," Wolk said.

"For the government to win, the judge would have to lower the bar on the meaning of 'likely,'" said Levin, who is now a Brookings Institution fellow and adviser to New Street Research.

Levin added that the government's case is based on "speculative" data more than evidence of harm in similar kinds of deals.

Jan Rybnicek, a Washington attorney with Freshfields Bruckhaus Deringer, said the government has been "on its heels" in the case.

"I think most antitrust watchers would say this is not going well for the DoJ and that the evidence hasn't really shown there is going to be harm to consumers," Rybnicek told a symposium in April.

The government must overcome decades of precedent that allowed most vertical mergers to go ahead as long as "consumer welfare" was not impacted.

Maurice Stucke, a former Justice Department lawyer who now teaches at the University of Tennessee, said the government's case looks stronger if one looks at the original intent of US antitrust laws.

The trend in antitrust enforcement "is not a precedent of which one should be especially proud," Stucke told AFP.

"Many markets are now highly concentrated and there are significant profits going to a handful of firms," he said.

Under a stricter reading of antitrust law, Stucke said, the government doesn't have to show prices will go up, only that these sectors would become highly concentrated.

The head of the antitrust division, Makan Delrahim, has indicated the administration is taking a fresh look at how it evaluates big mergers, avoiding "behavioral" remedies in which deals are allowed to go ahead with conditions that are monitored and enforced by the courts.

He has also said he is willing to look at "emerging technologies that create novel threats to competition," leading to speculation that antitrust cases could be brought against Big Tech firms.

A ruling for the government could embolden antitrust enforcers, but legal analysts say it's too soon to speculate about future actions.

The AT&T case has long had political overtones. Donald Trump criticized the deal during the 2016 election campaign, and some analysts said the president wanted to block any deal helping Time Warner unit CNN, which he regularly attacks.

Levin said a loose interpretation of antitrust law would allow the government to block almost any deal, and open up the process to political interference.

While the motive behind the challenge to AT&T's deal may never be known, Blair said politicizing the process would be "extremely dangerous for the country."

"If what you see is a pattern where friends of the president get their deals approved and his enemies are challenged, it's problematic," Levin said.

In any case, the judge's decision -- which could block, allow or approve the merger with restrictions -- is unlikely to be the final word.

A ruling could be appealed by either side, dragging the case out for months longer, possibly to the Supreme Court.