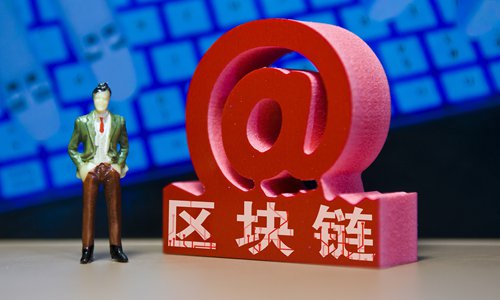 According to the report, Chen Chun, an academician of the Chinese Academy of Engineering, participated in a group study session of the CPC Central Committee Political Bureau on the development and trend of blockchain technology.

The Xinhua report did not give details on Chen's presentation, but in a recent speech, Chen -- who's an expert on blockchain technology and the president of a domestic blockchain company called Hyperchain - stressed the importance of on-and-off chain data cooperation technology, which simply means connecting blockchain with current data systems. He said this would be an important direction for the development of blockchain in China.

Hyperchain has been very active in the application of blockchain technology. The company worked with the internet court in Hangzhou, East China's Zhejiang Province in rolling out a blockchain platform for smart contracts for legal proceedings, according to a report on financial news website chinastarmarket.cn on Sunday. As of Tuesday, the platform had been used to store as many as 1.98 billion pieces of evidence, the report said.

"Blockchain, the Internet of Things, big data and artificial intelligence (AI) are all data processing tools. The application of each technology in isolation can't solve problems well in future application scenarios, but integrated application of them can extract the maximum value from the mass of data," Li told the Global Times.

Cao Yin, an expert in the blockchain sector, listed the benefits from using blockchain technology in different industries, such as easing the difficulties of financing for small and medium-sized enterprises.

"Blockchain is an enabling technology like big data, AI and 5G, which can promote the development of industries such as energy or finance by solving problems that traditional information systems can't," Cao told the Global Times on Friday.

The development of renewable energy has brought in a wide range of scattered investors, but the energy sector needs to build an overarching coordinating platform with high security requirements. That's where blockchain can offer solutions, Cao added.