“How to deal with diapers, the worst product ever invented? We turn it to black earth.” 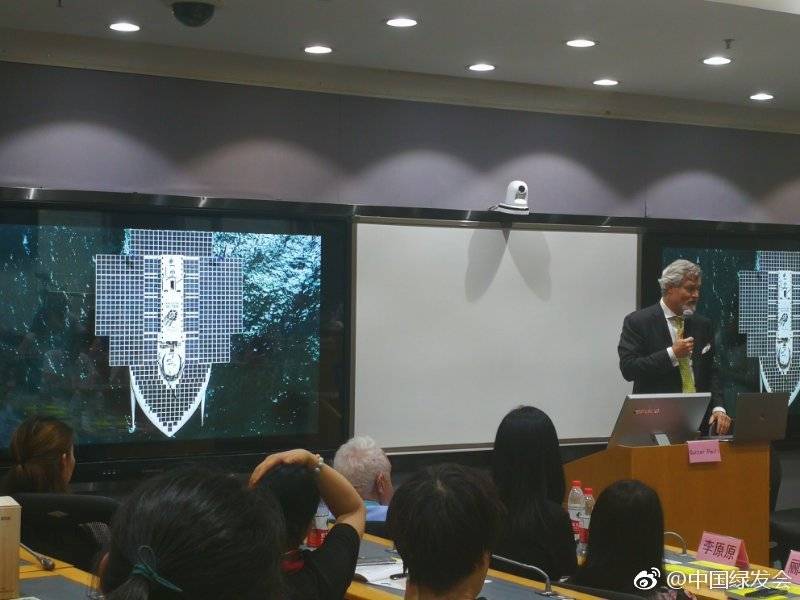 Gunter Pauli, author of The Blue Economy and founder of the Zero Emissions Research Initiative (ZERI), stunned the world after successfully turning diapers made of charcoal, bamboo cellulose, and biodegradable plastics into terra preta, a type of dark, fertile soil containing 30% carbon. The achievement was awarded Best Business Model in Germany.

The blue economy pioneer believes that the traditional Chinese concepts, which are part of everyday life in China, truly have a vision about sustainability. Those concepts, such as the ancient irrigation system in Dujiangyan, southwest China’s Sichuan province, demonstrate traditional Chinese wisdom, which is not only feasible but also effective for other countries, Pauli said in his speech at Peking University on June 25.

“I am amazed by the Chinese rural people to deal with human waste which also used as fertilizer to plant crops. I also read Tao Te Ching, the concept of Taoism echoes the blue economy. I think Chinese entrepreneurs and people should dig deeper in their cultural classics,” Pauli told People’s Daily after the speech.

As an upgrade of the high-cost green economy, the blue economy provides a sustainable business model that ultimately aims at shifting society from scarcity to abundance with little to no finance and labor costs.

The model of prioritizing the in development has severely harmed many countries’ ecological environment, including China. However, the days when people only had to care about economic development and not the environment are gone.

China’s green economy has developed for nearly 40 years, and the 13th Five-year Plan released in 2016 prioritizes ecological development as one of the most significant ways to accomplish the national goal of industrial upgrading.

Specifically, the energy efficiency services have become a new impetus in China’s 12th Five-year Plan period. Green investment in the country is booming, with more than 4,000 energy conservation enterprises with an annual output of $25 billion, according to China Institute of Social Economics.