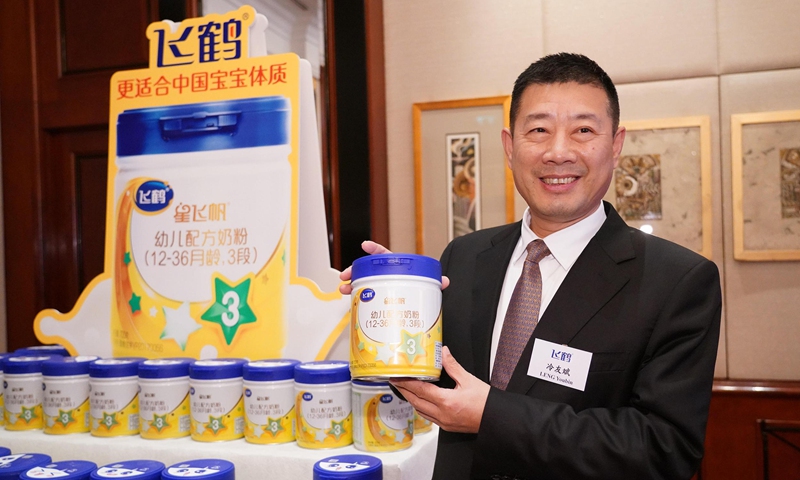 Short seller Blue Orca Capital on Wednesday said it is shorting Chinese dairy company Feihe over inflating its revenue. Feihe has issued a strong refute in response shortly after on Wednesday morning.

The Blue Orca report cited data from a market research firm and a government department, and concluded that Feihe's actual revenue was 49 percent less than reported in 2018-19.

Feihe' strongly refutes the report, calling it as inaccurate and misleading, according to statement published on Hong Kong Stock Exchange. The company said it expected an over 40 percent revenue increase as of June 30 this year, largely thanks to the drastic increase in its high end IMF products.

In the 64-page report, Blue Orca claimed Feihe has been overstating its infant milk formula revenue, understating its operating costs as well as other expenses such as labor and logistics, and inflating its profitability "materially."

It is not the first time the Hong Kong-listed company has been targeted by short sellers. In 2019, soon after its listing in Hong Kong, Feihe was shorted by GMT Research, a short seller focused on the Asian and Hong Kong markets. Feihe strongly refuted that shorting report and its shares remained largely unaffected.

TAL group has twice been targeted by Muddy Waters, which accused it of inflating its net revenue by 43.6 percent. The Nasdaq-listed education company saw its shares drop over 15 percent in April following the attack, but in July the company hit a record high stock price.

Chinese internet company iQiyi, which was listed on Nasdaq, was shorted by Wolfpack Research in April. It soon refuted the report as "unsubstantiated" and "misleading," and its stocks soared 39.8 percent in June.