SHENYANG, Oct. 11 (Xinhua) -- The German carmaker BMW announced Thursday that they would extend the contract term of the joint venture BMW Brilliance Automotive (BBA) in northeast China and to increase investment for its production capacity expansion. 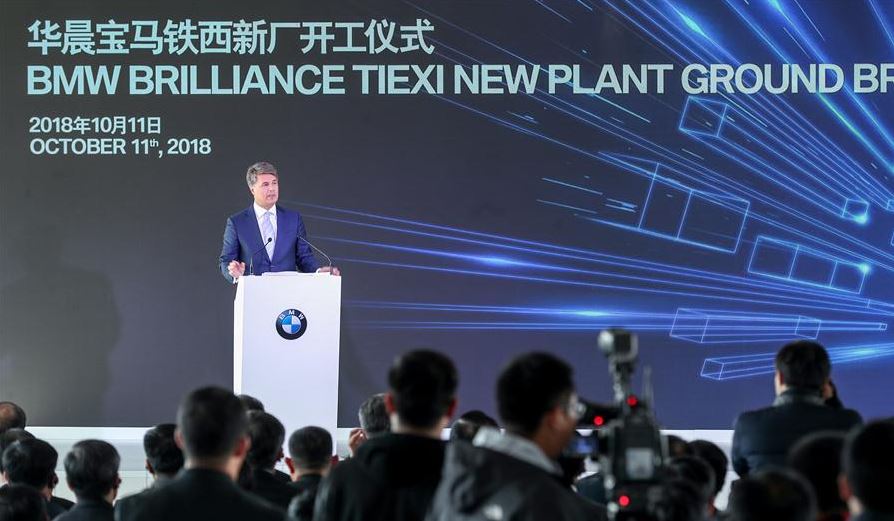 The extended contract is valid for 22 years from 2018 to 2040, the BMW Group said together with its partner Brilliance China Automotive Holdings in the city of Shenyang, capital of Liaoning Province, in the context of the 15th anniversary of BBA.

Meanwhile, the BMW Group will invest more than 3 billion euros ($3.5 billion) in new and existing plant structures in Shenyang over the coming years. In Tiexi, a new plant on the existing plant grounds will double the site's capacity, while extensive remodeling and expansion measures will target the neighboring plant in Dadong.

In the following three to five years, the total annual production capacity of BMW automobiles at the BBA plants will increase to 650,000 units, creating 5,000 new jobs.

According to a press release posted on BMW Group's website, the company intends to increase its stake in BBA from 50 percent to 75 percent.

This transaction is subject to the approval of the relevant authorities and the consent of its partner's Shareholders' Meeting, it said.

The joint venture was established in 2003. Last year, around 560,000 BMW brand vehicles were delivered to Chinese customers. Two-thirds of them were produced by BBA at its two plants in Tiexi and Dadong.