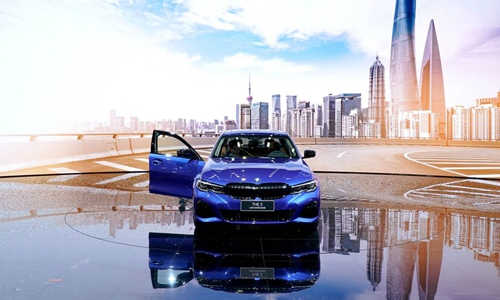 "The Chinese government is stimulating electrification partly through regulation. The development (of electrification) in China is particularly fast, depending from city to city," Nota told Xinhua in an exclusive interview.

The BMW Group has been cooperating closely with Chinese partners, mainly, the joint venture BMW Brilliance Automotive (BBA) for manufacturing BMW vehicles, and the Great Wall Motor for producing electric MINIs in China, said Nota, member of the Board of Management of BMW AG, Customer, Brands, Sales.

"We also cooperate with many tech companies in China. For example, with Baidu in automated driving, and also with Alibaba and Tencent on connectivity in and around the car," he added.

The plug-in hybrid from BMW are top sellers in China, Nota said. In 2020, BMW will start production of their first fully-electric SUV, the iX3, in China.

Calling electrification essentially important to the development of the whole auto industry, Nota said BMW has been a pioneer in producing electrified vehicles, which is an important pillar in its strategy and part of its success in the global marketplace.

BMW debuted its first all-electric MINI Cooper to the US market on Wednesday ahead of the LA auto show.

"The MINI Electric is a further important milestone in our electrification strategy. By the end of this year, we will have a total of 12 fully electric and plug-in hybrid models available," Nota said.

The BMW Group intends to have over one million electrified vehicles on the road by the end of 2021, and plans to have 25 electrified models on the road with more than half to be fully electric by 2023, according to the company.

Electric cars are expected to be one of the focuses and highlights at the LA auto show. Besides BMW's electric MINI Cooper, numerous other carmakers also unveiled their electric vehicles before the official start of the auto show, such as Ford Mustang Mach-E electric crossover, Porsche's all-electric sport sedan, the Taycan, and Karma's electric Revero GTS.