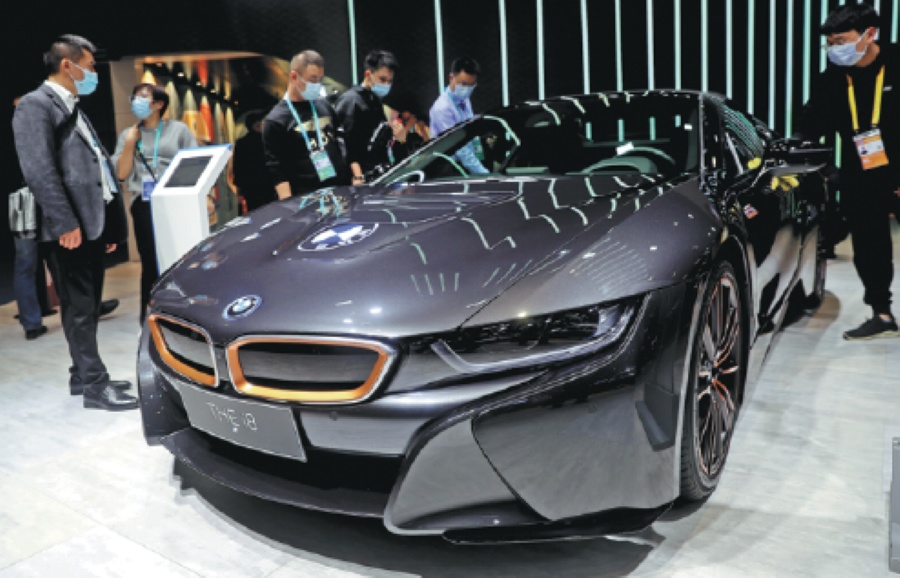 BMW displays its new energy vehicle i8 at the third China International Import Expo in Shanghai. The automaker said that it intends for 50 percent of its sales to be generated by electric vehicles by 2030. (Photo: Xinhua)

BERLIN -- BMW recorded its best-ever first quarter (Q1) in China as sales increased by 97.3 percent year-on-year to 229,748 BMW and Mini brand vehicles in Q1 2021, the German carmaker announced on Thursday.

Sales in the first three months of 2021 in China even "exceeded the high pre-crisis deliveries in the first quarter of 2019," BMW noted. The number of vehicles sold in China in Q1 was almost as high as in Europe as a whole.

In Asia, the German carmaker sold 286,968 BMW and Mini vehicles in Q1, an increase of 76.4 percent year-on-year, according to BMW.

In the United States, BMW was able to "build on its strong fourth quarter of 2020" as sales rose by 20.1 percent to a total of 77,718 BMW and Mini vehicles in the first three months.

Overall, BMW delivered a total of 636,606 BMW, MINI and Rolls-Royce vehicles to customers in Q1, an increase of 33.5 percent year-on-year, achieving a "new all-time high for the first quarter."

"This all-time high in sales underlines our ambitious growth targets for the year," said Pieter Nota, member of the Board of Management of BMW AG responsible for Customer, Brands and Sales.