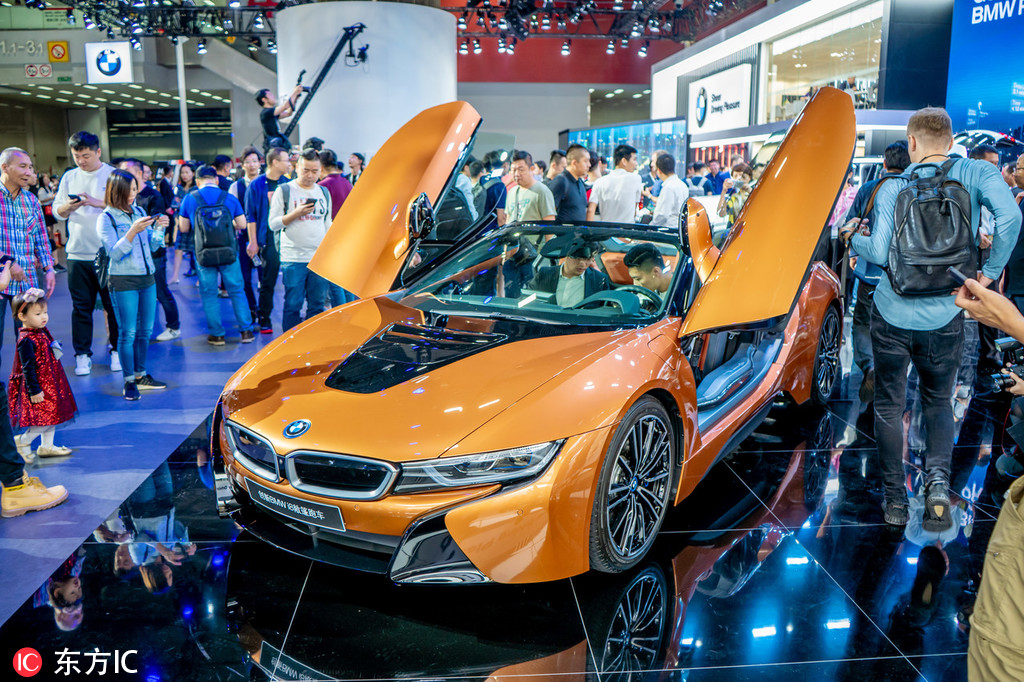 A BMW i8 roadster car is on display during the Guangzhou auto show. (Photo: IC)

During the first nine months, BMW delivered more than 500,000 cars to its largest single market China, up 14 percent from the same period last year.

The total turnover of BMW's automotive segment, comprising the brands BMW, Mini as well as Rolls-Royce, increased by 9.0 percent to 23.0 billion euros ($25.5 billion) between July and September.

Operational profits (EBIT) of BMW's automotive segment rose by 62.9 percent to 1.5 billion euros ($1.67 billion) in the third quarter, resulting in an EBIT-margin of 6.6 percent.

"At the nine-month stage, we are well on our way to achieve our targets for the year as a whole," said Oliver Zipse, chief executive officer of BMW.

BMW is expecting an EBIT-margin between 4.5 and 6.5 percent for its automotive segment in 2019.