A top Chinese analyst on Thursday criticized Bank of England (BoE) Governor Mark Carney for his comment about China being a "top" risk for the world economy, calling such talk "irresponsible" and "completely ignorant." 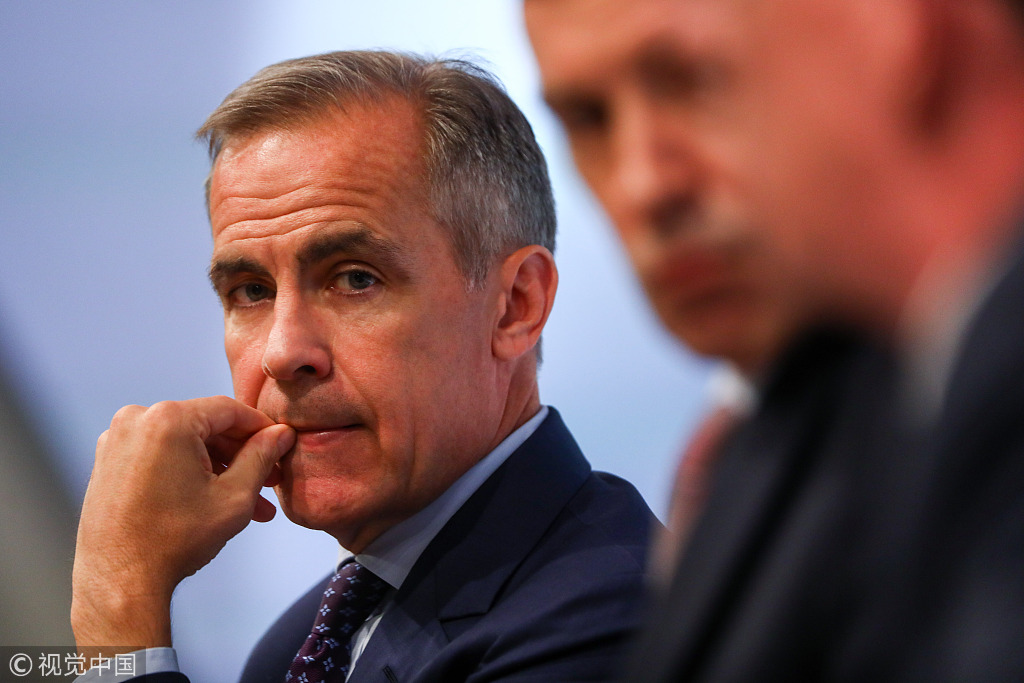 In an interview with BBC on Wednesday to mark the anniversary of the global financial crisis in 2008, Carney listed four risks to the UK's financial sector, including the high levels of debt in the Chinese economy. China is at the "top of the list" in terms of international financial risk, Carney said, according to the BBC.

"This type of rhetoric from a central bank governor of a major economy, which is facing a wide range of serious problems at home, aims to shift blame to others and is very irresponsible," Jiang Yong, a research fellow at the China Institutes of Contemporary International Relations in Beijing, told the Global Times on Thursday.

Jiang pointed out that the UK and "the entire West" are mired in economic and social challenges of their own making, including anti-globalization, anti-free trade policies such as the UK's Brexit and the US' "America First" agenda, as well as high debt and domestic social conflict.

"It is just incredible these officials have the time to criticize others, while they are in a mess at home. They should get a mirror and take a look at themselves," Jiang said, adding that China has long been a "favorite target" for Western officials who seek to blame others for their domestic woes.

"There's so much lending that the quality has gone down quite substantially. The level of debt is enormous relative to the size of the economy," he said.

Jiang said that the Chinese economy faces issues such as high leverage in certain sectors, "but to suggest that China's debt issue is larger than that of the EU and the US and many other major economies and poses a much bigger risk to the global economy is just completely ignorant."

He said that compared with China's debt, the West's debt issues are much more serious.

"Their debt mostly stemmed from excessive consumption, while China's debt was mostly used to invest for the future, which will eventually pay off in both economic and social terms."

Chinese officials have moved swiftly in recent months to fend off financial risks, including curbing rising leverage and cracking down on illegal lending, and the debt level is "under control," Jiang noted.