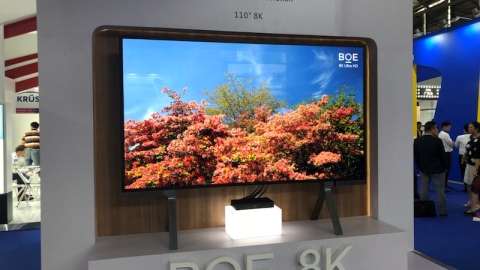 “The (trade dispute) impact is limited as we have localized technologies and suppliers (about 70 percent)," Zhang Yu, senior vice president of BOE, said during a display show held recently in Shanghai. "The LCD industrial chain is mainly in Asia, covering the Chinese mainland, Taiwan and South Korea.”

The US and China are embroiled in trade dispute which will see US tariffs on US$34 billion of Chinese goods come into effect on Friday. China has also threatened to retaliate with duties on the equivalent value of American products.

BOE, which has over 10 production lines in China, produced 25 percent of global LCD panels in 2017 to rank the world’s No. 1, according to researcher IHS.