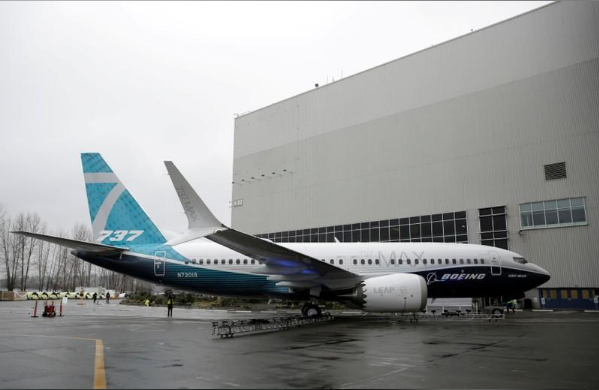 The smallest member of Boeing Co’s  upgraded narrowbody jetliner range, the 138-seat 737 MAX 7, began a maiden flight on Friday, the start of several months of trials before entering service next year, the company said.

The shortened 737, designed for hot and high conditions or longer journeys than larger narrowbody jets, took off in sunny weather near Seattle at 10:17 a.m. (1717 GMT), watched by Boeing workers and media. The plane was expected to fly for about three hours over Washington state.

The aircraft is the third and smallest member of Boeing’s 737 MAX line-up, but has posted relatively modest sales with fewer than 100 estimated orders out of 4,000 for the MAX family.

Even before taking to the skies, the 737 MAX 7 was thrust into an international dispute when Boeing argued its future was being placed at risk by aggressive discounting by Canada’s Bombardier Inc , straining U.S.-Canadian trade relations.

A U.S. trade tribunal in January overturned steep duties imposed by the U.S. Commerce Department on the Bombardier CSeries, saying Boeing had not been harmed by CSeries prices.

Most analysts say demand for such jets, including the competing Airbus SE  A319neo, is limited as airlines tend to switch to higher-capacity versions to keep up with demand.

“I want to put a yet on that,” Boeing product marketing regional director Jeff Haber said when asked why the aircraft had not sold as well as larger models.

There are about 2,500 aircraft of its size flying that will need to be replaced in future, Haber said.

“We see a significant market in Asia ... and South America,” he said.

Boeing, which does not break down 737 MAX sales by variant, declined to say how many MAX 7s it had sold but said it had eight customers including Southwest Airlines Co  and Westjet Airlines Ltd .

The company is increasing narrowbody production to meet record overall demand for the 737, which last week celebrated its 10,000th aircraft since the 1968 debut of its now largely upgraded design.

It faces another milestone when the first 737 MAX 9 is delivered to its first customer next week.