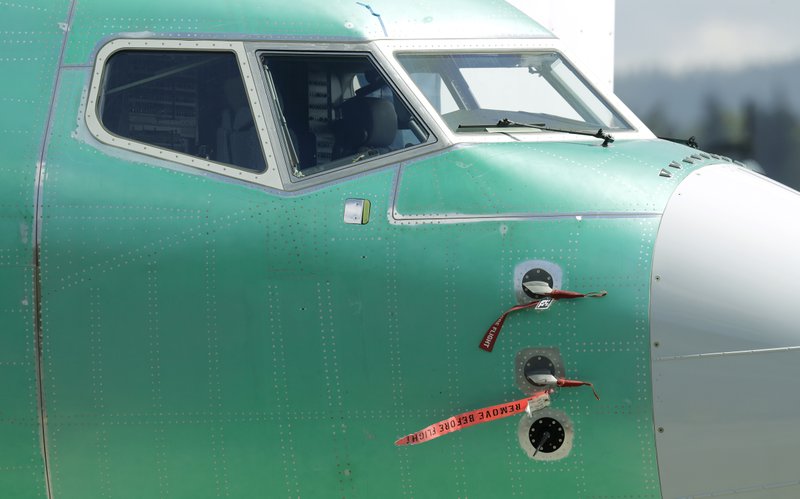 WASHINGTON, Dec. 18 (Xinhua) -- US aircraft giant Boeing's decision to halt production of the 737 Max jets will cut the US gross domestic production (GDP) growth in the first quarter of 2020 by around 0.5 percentage point, according to an estimation from JP Morgan.

In a report sent to Xinhua Wednesday, the investment bank said since the April reduction in the production rate, the 737 Max has had no meaningful impact on GDP growth; the reduction in deliveries to airlines -- both domestic ones and foreign ones, has been offset by an accumulation in inventories.

Accordingly, the expected drag on GDP growth in the first quarter should be "concentrated in reduced inventory accumulation," the report said, adding that the production halt could also show up in employment at aircraft parts suppliers.

Boeing announced Monday it will temporarily halt production of 737 Max jets beginning in January after US regulators ruled out any clearance for the troubled planes for flight until next year.

The company did not announce any employee layoffs as a result of the suspension decision, saying the workforce related to the 737 Max production at its final assembly facility in Renton city, Washington State, will be temporarily assigned to other teams in Puget Sound.

The aircraft manufacturer continued the production of the new 737 jets, despite the model being grounded for nine months after two deadly crashes.

More than 800 jets have been grounded worldwide since mid-March this year after investigators found flawed flight control software on the 737 Max partially responsible for the crashes of two Max jets in Indonesia and Ethiopia, which killed a total of 346 people.

JP Morgan forecast US GDP growth in the first quarter of 2020 to be 1.25 percent, without anticipating the 737 Max production halt, but taking into consideration "a noticeable deceleration" in inventory accumulation.