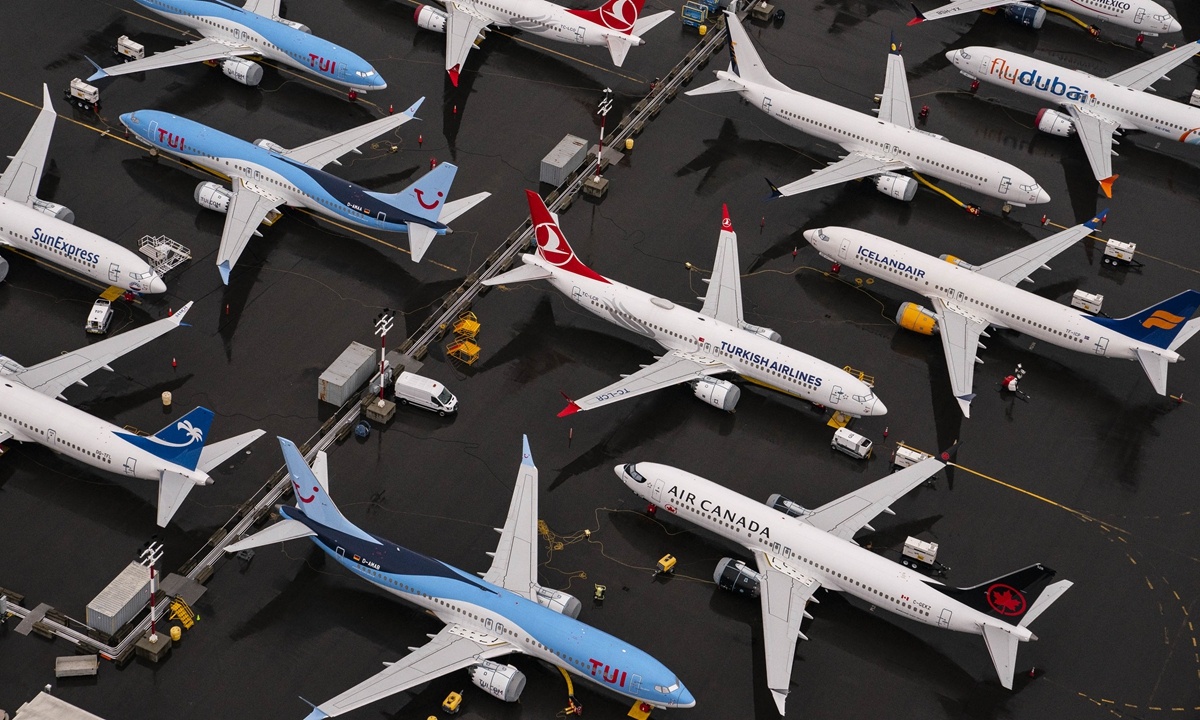 A Boeing 737 MAX took off from Shanghai Pudong International Airport for a certified test flight on Wednesday, marking the first time a 737 MAX plane has flown in China's airspace after nearly 30 months.

The 737 MAX departed from Shanghai on Wednesday morning and landed at Zhoushan Putuoshan Airport in Zhejiang Province, according to the airport's official Sina Weibo account, noting that the verification test lasted for almost two hours and the plane returned to Shanghai airport at 1:06 pm.

That is to say, the Boeing 737 MAX has officially applied for its airworthiness certification in China, which is one of the prerequisites for the aircraft to resume operations in the country.

A total of 97 Boeing 737 MAX planes were grounded by 13 Chinese airlines, the aviation news portal carnoc.com reported, adding that Boeing still has nearly 400 new 737MAX planes that have been built but yet to be delivered to carriers, of which a tenth are ordered by Chinese airlines.