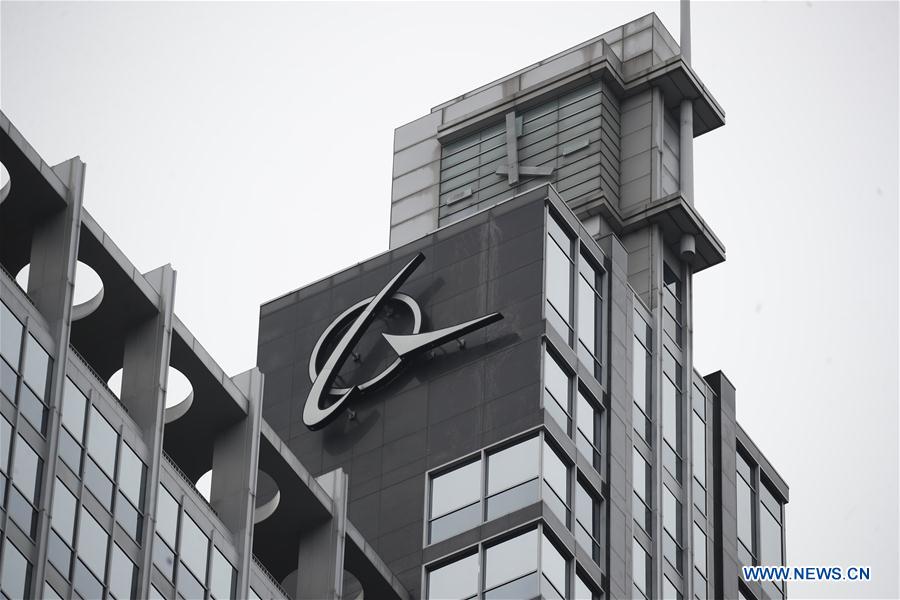 Photo taken on March 13, 2019 shows the Boeing logo at its headquarters in downtown Chicago, the United States. (Photo: Xinhua)

Boeing made mistakes in its handling of a warning system in the 737 Max Airplanes, the company's CEO Dennis Muilenburg admitted at the world's biggest air show in Paris on Sunday.

Muilenburg referred to a cockpit warning light designed to alert pilots whenever two sensors on the plane's wings differed on the aircraft's angle of attack.

When the airplane manufacturer delivered the 737 Max to airlines in 2017, it believed the light was operational on all jets. After they began flying that year, engineers at the company learned that the warning light would only work if a carrier purchased a separate cockpit indicator.

The company learned of the possible light malfunction in 2017, but did not share the information with its clients and regulators until the Lion Air crash in October 2018.

Industry experts have said that the software may have played a key role in that crash as well as the Ethiopian Airlines crash in March 2019. Both crashes left 346 people dead.

"We clearly had a mistake in the implementation of the alert," Muilenburg said at the Paris Air Show.

Muilenburg also noted that Boeing's "inconsistent" communication with regulators and customers about the warning light was "unacceptable."

Various airlines have grounded the 737 Max jets since the two crashes.

Boeing's CEO said the company was working to rectify the malfunction and get the planes back in the air before the end of the year.

"We think it makes sense to get the planes all over the world back in the air at the same time," Muilenburg said.

While Boeing was dealing with the warning system malfunction issue, rival manufacturer Airbus unveiled a new jet and announced orders for over 100 new planes.

The A321XLR is a new single-aisle aircraft with a longer range than variants of its popular A321neo, and is expected to enter service in 2023.