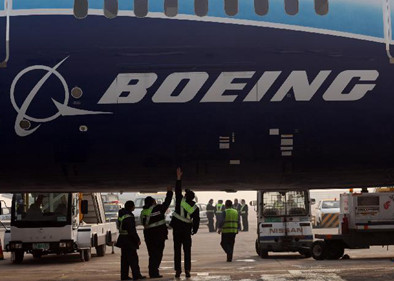 US aerospace giant Boeing Company said Friday that it has achieved a "key milestone" in a major contract with the US Air Force after it presented the air force with design options for America's next intercontinental ballistic missile (ICBM), the Ground Based Strategic Deterrent (GBSD).

"We offered the Air Force cost and performance trades for a deterrent that will address emerging and future threats," said Frank McCall, vice president of Boeing Strategic Deterrence Systems.

The Air Force can prioritize its system requirements by considering various capabilities and opportunities for cost savings before it proceeds to next stage, he said.

Boeing called the review an "achievement of a key contract milestone."

"The Minuteman III is 45 years old. It is time to upgrade," Air Force Chief of Staff David Goldfein said last year when the contract was awarded to Boeing.

Boeing completed a system requirements review last November and a system functional review will occur later this year. The US aerospace giant will present its preliminary design review to the Air Force in 2020.

The GBSD weapon system is viewed by the US military as a reliable deterrent to nuclear threats over the next 50-plus years, and the replacement of the Minuteman III ICBM will not start until the late 2020s.