Boeing cruises past forecasts, sees no sign of cost trouble 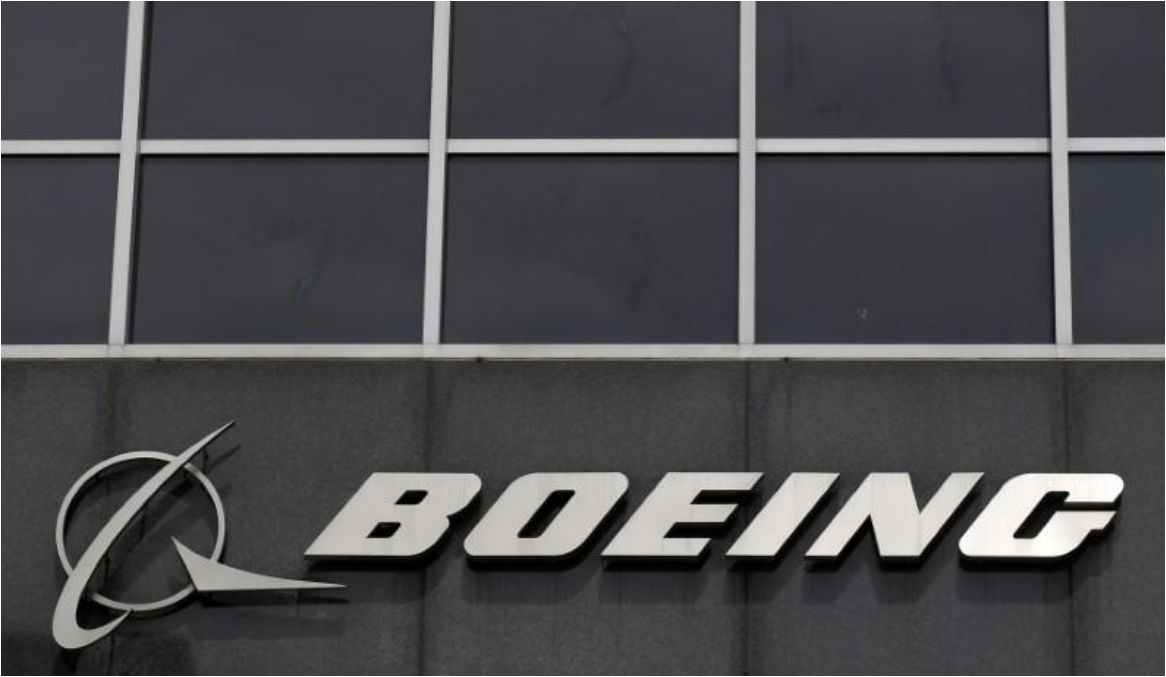 The Boeing logo is seen at their headquarters in Chicago, in this April 24, 2013 file photo. （Photo：Reuters）

Boeing Co’s  profit surged past Wall Street estimates in the first quarter and booming demand for commercial jets pushed the world’s biggest planemaker to raise forecasts for cash flow and earnings in what promises to be another record year.

Boeing’s core earnings, which exclude certain pension costs, jumped to $3.64 per share from $2.17 a year earlier, dwarfing a consensus forecast of $2.58 per share and sending its shares as much as 4.5 percent higher.

“We’re not seeing anything there (in costs) that’s a material effect right now,” Muilenburg said.

US President Donald Trump’s crackdown on steel and aluminum imports has constrained supplies in the domestic market, inflating costs of the metals.

Muilenburg said he does not anticipate a full-blown trade war between the United States and China, as both countries seem to working towards finding negotiated solutions.

“While some initial statements have been made about potential tariffs, none of those severe actions have been implemented. And we’re frankly encouraged by the continuing dialogue,” he said.

Boeing was seen by investors as one of the big potential losers when Trump unveiled a 10-percent tariff on aluminum on March 8, but those worries have eased somewhat and its shares are now down only 3 percent in the six weeks since.

“The good thing is that Boeing tends to have multi-year contracts in place, general inflationary adjustments on sales, and raw materials are a relatively modest portion of a plane’s costs,” Morgan Stanley analyst Rajeev Lalwani said.

Analysts also say Chinese buyers, who account for more than 20 percent of Boeing sales, would have no alternative supplier for the aircraft if trade relations threatened ties with the US company, because rival Airbus has only limited capacity to produce more quickly in the immediate term.

Speaking as Airbus confirmed an increase in its production plans for its narrowbody A320 jet, Muilenburg said Boeing also continued to face pressure to make more of its equivalent 737s, but would be “disciplined” in output decisions.

Boeing has faced some disruption in engine and fuselage supplies for the popular jet, but is confident of meeting its existing production targets which are underpinned by a record backlog of orders and strong demand, Muilenburg said.

Boeing said it had not made a launch decision regarding a potential new mid-sized jet, adding that it was taking hard look at the business case.

“We still see that airplane, if we decide to launch, as a 2025 time frame airplane in terms of entry into service,” Muilenburg said.

Boeing’s new wide-body 777X aircraft development is on track for 2020 delivery, Muilenburg said, and costs of the 787 Dreamliner are coming down, boosting cash generation - a trend he expects to remain going forward.

Boeing sold a record 763 aircraft last year and has already announced a 9 percent rise in commercial deliveries in the first three months of the year.

It raised its full-year operating cash flow forecast to $15.0 billion-$15.5 billion from about $15 billion, previously.

“The wall of cash that the company is generating makes it hard to be absent from the stock. Based on our revised estimates, we are showing a free cash flow yield of 8 percent,” Vertical Research Partners analyst Robert Stallard said.

The company also said it planned to increase production on its 767 aircraft program from 2.5 to 3 per month beginning in 2020, reflecting strength in the global cargo market.

Global freight traffic grew on average by 7.7 percent in January and February, marking the strongest start to the year since 2015, according to the International Air Transport Association.