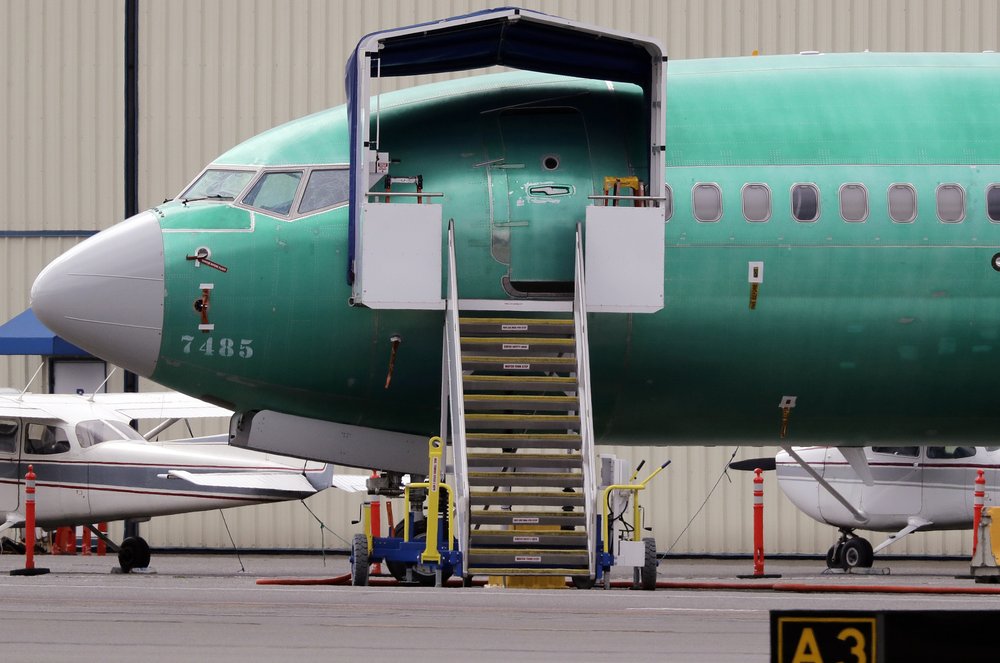 In this April 8, 2019, file photo a Boeing 737 MAX 7 jet is parked near single engine planes at the airport adjacent to a Boeing Co. production facility in Renton, Wash. (Photo: AP)

Boeing’s troubles are deepening as the grounding of its 737 Max jetliner approaches the seven-month mark.

The aircraft maker reported Tuesday that its deliveries of airliners to customers in September plunged 70% from the level of a year earlier.

It did say, however, that it booked the first order for a Max since April. A company spokesman declined to identify the private buyer, who ordered a single jet.

Another order for two Max jets was canceled last month. In June, the parent of British Airways announced a commitment to buy 200 Max jets, but Boeing has not yet booked those orders, indicating that the deal isn’t final.

Boeing delivered 26 airliners in September, down from 87 a year earlier and trailing the 71 reported by its European rival Airbus. Over the first nine months of the year, Boeing delivered 302 airplanes, compared with 571 by Airbus.

The Max accounted for virtually the entire drop in Boeing shipments. Last month, the Chicago-based company delivered just two 737s — previous versions of the plane, not the Max — compared with 61 a year earlier, when it was ramping up Max production.

The 737 is a longtime airline favorite for short and medium routes, and the Max, which debuted in 2017, was designed to be a more fuel-efficient update. However, the Max has been grounded worldwide since mid-March after the second of two crashes that killed a total of 346 people.

Boeing is working to complete changes to the Max’s flight-control software and computers. The software, called MCAS, triggered nose-down pitches that pilots were unable to overcome in the two crashes. Boeing hopes to win Federal Aviation Administration approval to return the plane to flying this year. But many analysts and pilot-union leaders think 2020 is more likely.