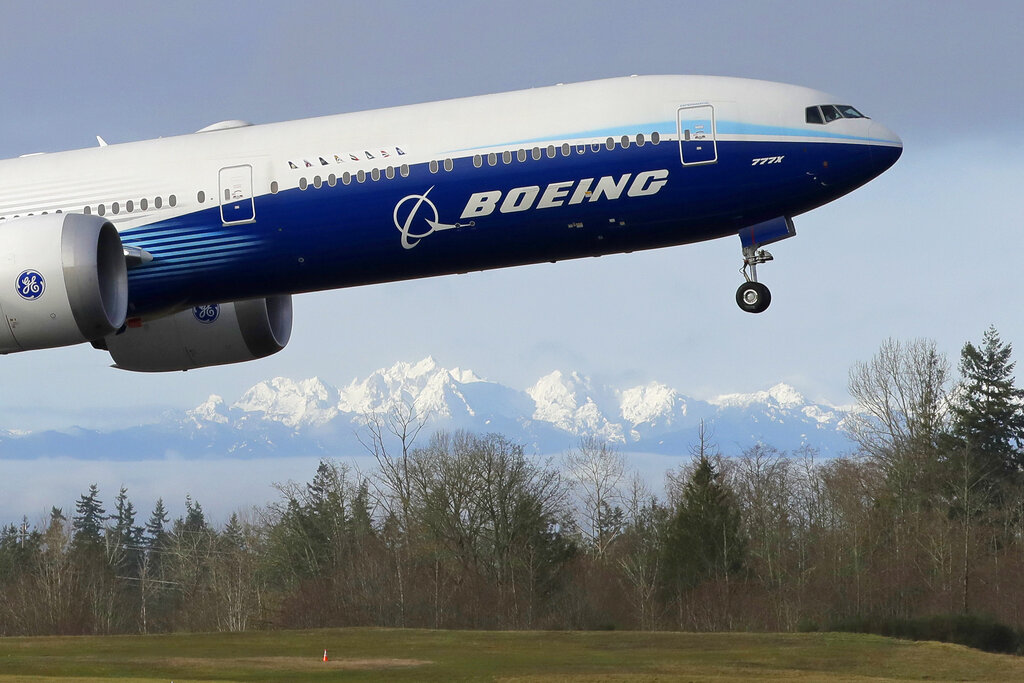 In this Jan. 25, 2020, file photo a Boeing 777X airplane takes off on its first flight with the Olympic Mountains in the background at Paine Field in Everett, Washington. (Photo: AP)

It was another disappointing quarter for the aerospace giant, which has yet to recover from fatal crashes involving two of its 737 Max jets and a pandemic that depressed airline demand for new planes until recently.

The loss amounted to $1.06 per share. Excluding "non-core" items such as adjustments to pension costs, the loss was $1.75 per share. Revenue increased 35% from a year earlier, to $19.98 billion.

Analysts were expecting the company to earn 20 cents per share on revenue of $18.75 billion, according to a FactSet survey.

Boeing preferred to focus on cash flow, which rose for the quarter and the entire year — the first full year of positive cash flow since 2018.

Boeing, based in Arlington, Virginia, has seen deliveries rise since regulators approved the 737 Max to fly again in late 2021 and after the company satisfied regulators that it fixed production problems on another plane, the larger 787 Dreamliner. Deliveries are an important source of company cash.

Sales have also picked up as airlines grow confident that demand for air travel is recovering from the worst of the pandemic.

Boeing's defense and space business returned to a narrow profit in the fourth quarter after losing $2.85 billion in the previous quarter on huge charges related to several programs including finishing two new Air Force One presidential jets.