Boeing reported a second-quarter loss of $2.9 billion Wednesday as the grounding of 737 MAX following two deadly crashes continues to weigh on the company. 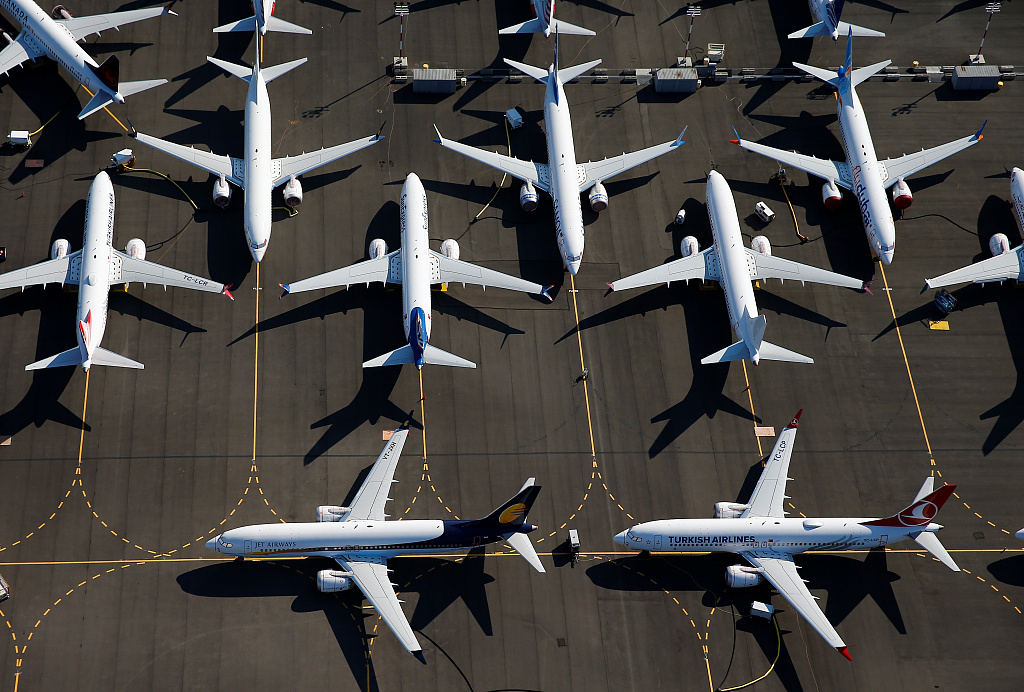 The loss, the biggest ever in a single quarter for the aerospace giant, follows last week's announcement that Boeing would set aside $4.9 billion after taxes to compensate airlines for canceled flights and the delay in plane deliveries.

Revenues tumbled 35.1 percent to $15.8 billion, reflecting the hit from a halt to deliveries of the 737 MAX, a top-selling plane.

"This is a defining moment for Boeing and we remain focused on our enduring values of safety, quality, and integrity in all that we do as we work to safely return the 737 MAX to service," said chief executive Dennis Muilenburg.

The 737 MAX has been grounded since mid-March following the March 10 Ethiopian Airlines crash, the second of two crashes that together claimed 346 lives.

Boeing is developing a software fix to address a problem with a flight handling system that was linked to both crashes.

Airlines have repeatedly pushed back their target dates for returning the jets to service as the regulatory timeframe has dragged on, most recently when the Federal Aviation Administration in June identified problems with microprocessor during simulator testing.

"Disciplined development and testing is underway and we will submit the final software package to the FAA once we have satisfied all of their certification requirements," Boeing said.

Boeing has said it is targeting early in the fourth quarter to win approval from regulators.

The company, which has pulled its full-year profit forecast due to uncertainty about the MAX, boosted dividend payments in the second quarter. Compared with last year, Boeing spent $1.2 billion in dividends, up 20 percent from the year-ago period.