Boeing reported another round of 737 MAX cancelations Tuesday as the company's CEO warned the industry downturn in the wake of the coronavirus pandemic could force a major airline out of business. 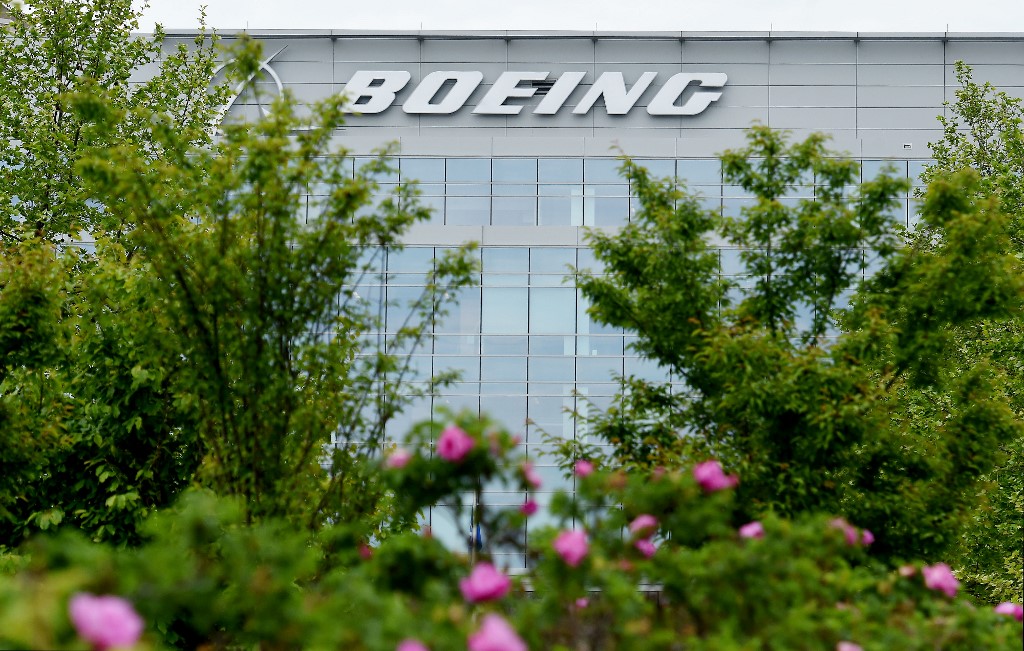 The Boeing regional headquarters is seen amid the coronavirus pandemic on April 29, 2020, in Arlington, Virginia. (Photo: AFP)

Data on the aviation giant's website showed 108 orders for the 737 MAX were canceled in April, and Boeing also downgraded contracts for another 101 of the planes, an accounting move that lowered its backlog to below 5,000 planes for the first time since 2013 and indicated weakening demand for its aircraft.

The MAX has been grounded since March 2019 following two deadly crashes, but demand for the plane, like other commercial aircraft, has also been hammered by the massive slump in airline traffic caused by the coronavirus pandemic.

Major carriers have taken thousands of planes out of service as overall US air travel has shrunk to less than one-tenth of its volume before the outbreak.

Boeing Chief Executive David Calhoun said in an interview on NBC that he expects airlines to trim headcount, and it was "most likely" a major US carrier would go out of business.

"Traffic levels will not be back to 100 percent, they won't even be back to 25. Maybe by the end of the year, we approach 50," Calhoun said.

Calhoun was asked whether he foresaw additional Boeing job cuts after the company announced last month it was trimming its headcount by 10 percent and lowering its production rate on leading aircraft.

"We really do believe there's stability in there," Calhoun said of the company's "medium-term" production outlook over roughly three years. The interview was taped Monday.

After shutting down plane production in late March, Boeing has resumed manufacturing most commercial aircraft while employing social distancing and other safety measures to prevent COVID-19 outbreaks.

Calhoun expressed confidence in a long-term recovery, but said it would take three-to-five years for the industry to reach the levels of 2019.