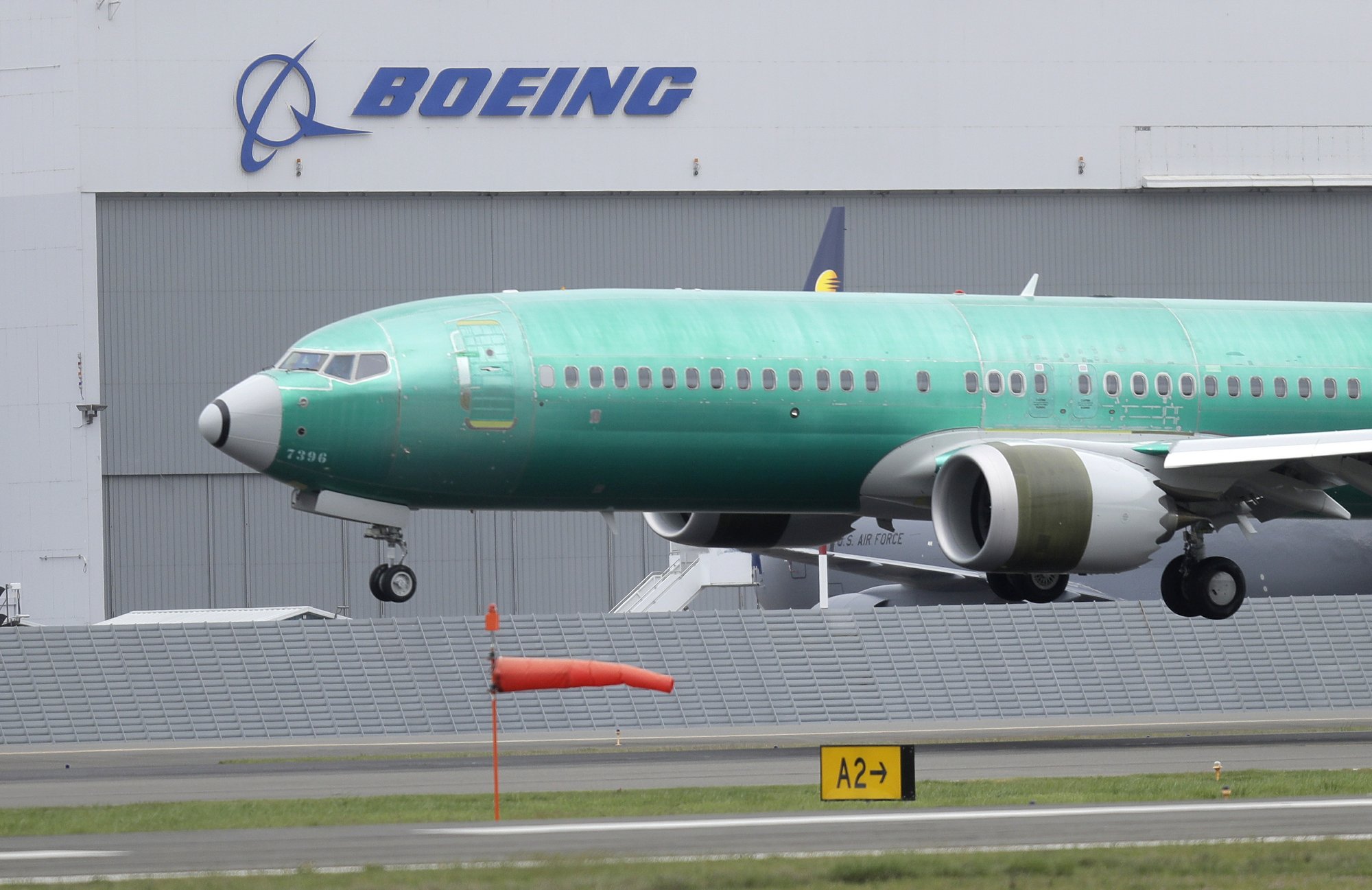 Boeing estimates that it will spend $1 billion to fix the 737 Max and has pulled its forecast of 2019 earnings because of uncertainty surrounding the jetliner, which remains grounded after two crashes that killed 346 people.

The estimate was disclosed Wednesday in a presentation for investors as Boeing released first-quarter financial results, which missed Wall Street expectations. A spokesman said the estimate covered higher production costs over the next several years.

Boeing did not go into great detail on the costs of fixing flight-control software that played a role in the crashes or the additional training for pilots. Still, the disclosures gave the clearest picture yet of the financial damage that the accidents are causing to the aerospace giant.

Boeing CEO Dennis Muilenburg repeated that the company is making progress on updating the Max’s software and convincing regulators to let the plane fly again.

The company also said it is suspending stock buybacks.

Profit adjusted to exclude non-repeating items was $3.16 per share. Analysts surveyed by FactSet expected $3.19 per share on revenue of $22.94 billion, and both of those forecasts had been reduced considerably in the past month.

Investors and consumers have been keeping a closer eye on Boeing since Max jets crashed in October and March. The accidents have damaged the company’s reputation for safety, caused the worldwide grounding of about 370 Max jets, and raised questions about the US government’s approval of the plane in 2017.

The company said it is making steady progress on the path to final certification for a software update for the 737 MAX, having conducted more than 135 test flights involving the retooled software which limits the plane’s ability to automatically force the nose down in some circumstances.

Preliminary reports indicate that faulty sensor readings caused the software to push the noses of the planes down in both the Oct. 29 crash of a Lion Air jet off the coast of Indonesia and the March 10 crash of an Ethiopian Airlines Max. Boeing began working on a software update to the system immediately after the Lion Air accident.

When the market closed Tuesday, Boeing Co. shares stood 4% higher than before the first crash. After a slump, they skyrocketed from late December until early March when the second crash occurred.

Analysts had treated the Lion Air crash off the coast of Indonesia as a one-time event and noted confidently that Boeing was working on a software fix.

Even with a mild sell-off since the March crash, the shares began Wednesday up 16% in 2019, barely trailing the 17% gain in the Standard and Poor’s 500.

Investors believe the market for jetliners will remain strong for many years and airlines don’t have much choice for big planes — Boeing and Airbus form a duopoly, and both have huge order backlogs.

Last week, an expert panel of the Federal Aviation Administration judged that a software fix to the Max would be “operationally suitable,” and that airline pilots familiar with previous versions of the 737 won’t need additional time in flight simulators to learn about the new software that is unique to the Max.

Jim Corridore, an airline analyst for CFRA Research, said that while Boeing still has much work to do, the FAA panel’s determination “shows that the return of the plane to flying is now a ‘when’ question rather than ‘if’ ... we remain firm in our view that Boeing will survive this with its order book largely intact.”