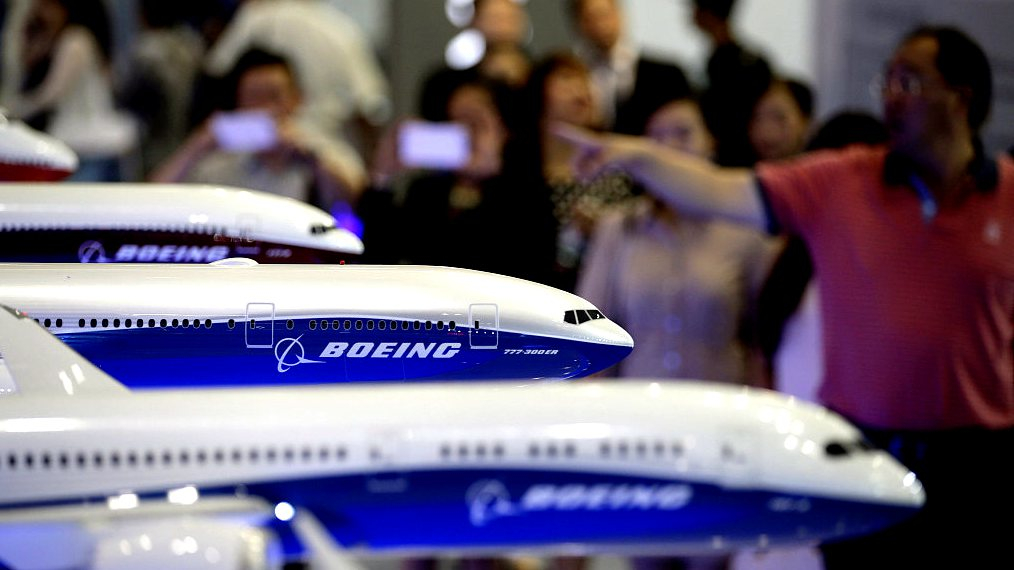 Shares in US aviation giant Boeing hit an all-time high on Monday, casting aside concerns about a slowing global economy and trade tensions with record revenue last year and strong demand, particularly in China.

The New York-listed company saw its share price hit 397 US dollars as markets closed on Monday, leaving Boeing up by more than 20 percent since the start of the year.

With IATA (International Air Transport Association) expecting China to add an extra one billion air passengers by 2037, the Middle Kingdom is set to overtake the US as the world's largest aviation market within the next five years.

he rapid rise of China's aviation industry is good news for companies like Boeing, which is producing around a third of its 737 aircraft orders for Chinese buyers. Estimates by Boeing suggest that in the next two decades, China will demand an incredible 7,700 passenger aircraft.

Boeing's revenue broke 100 billion US dollars in 2018 for the first time, despite being watched closely for any negative fallout from last year's trade tensions between China and the US

806 aircraft rolled off the production lines last year, and Boeing is set to further ramp up production in the next few years to reduce a backlog of orders for 5,900 aircraft.

Muilenberg said that Boeing will aim to produce at least 895 planes annually by 2020, the equivalent of making one new aircraft every 10 hours.

Responding to a question about trade tensions between the US and China, the Boeing CEO told CNBC he was optimistic that the dispute would soon be resolved, saying: "We see convergence, and we also see that there's clearly a mutual benefit to having a healthy aerospace industry for both the US and China."

Alongside its French rival Airbus, Boeing dominates China's aviation sector, with both accounting for 92.5 percent of all passenger planes in the country.

However, China is developing its own domestically-produced aircraft, with a third prototype of the C919 undergoing a test flight in December.

The first deliveries of the C919 are expected in 2021, according to Xinhua.