BUSINESS Boeing to lay off 10% of workers in civil aviation: sources

Boeing to lay off 10% of workers in civil aviation: sources 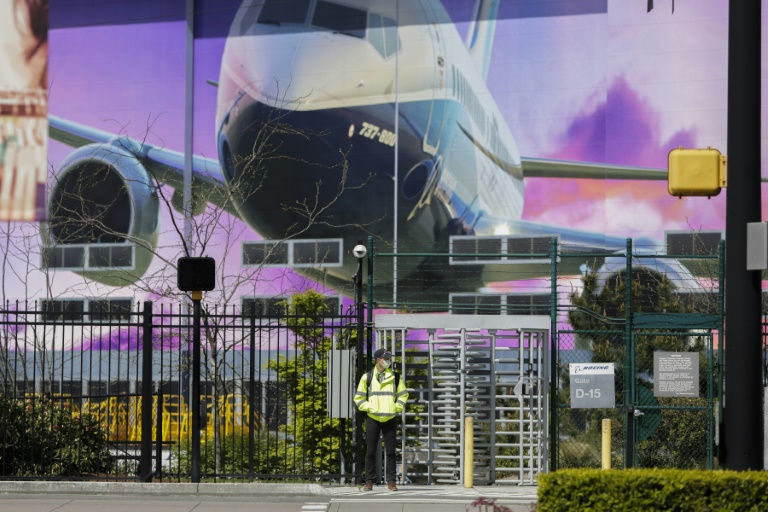 Boeing is set to lay off workers just one day after re-opening its plants in Washington state. (Photo: AFP)

Boeing plans to reduce the workforce in its civil aviation unit by 10 percent to cut costs as the coronavirus causes a crisis for airlines, two sources familiar with the matter told AFP.

The layoffs would impact the unit manufacturing the troubled 737 MAX, which has been grounded for more than a year after two deadly crashes, as well as the 787 and 777 long-haul aircraft, the sources said.

The job cuts could affect up to 7,000 workers. Boeing employs more than 160,000 people worldwide, including 70,000 in Washington state, where most of its civilian aircraft are assembled. The plant in South Carolina produces only part of the 787.

The news comes just a day after the company slowly resumed production at its Puget Sound facility in Washington, with new measures to keep workers six-feet apart along with health checks and hand-washing stations.

Chief Executive David Calhoun wants to resolve the downsizing plan before Boeing embarks on complex and sensitive negotiations with the US Treasury to win in federal support for the industrial giant, the sources said.

Boeing has sought $60 billion in public aid for the US aerospace industry in light of the heavy hit to the aviation business from the coronavirus crisis.

Around $17 billion aimed at Boeing was included in the giant federal relief bill approved in late March.

But the government aid is conditional on companies agreeing not to lay off workers once they have received taxpayer dollars.

A spokesman for the Boeing said the company is offering "voluntary layoff" programs, but did not confirm the size of the planned reductions.

Workers who take Boeing's voluntary layoff offer would receive a pay and benefits package as part of the program that "aims to help reduce the size of our workforce through voluntary actions and, importantly, minimize future workforce actions," the spokesman said.

The company, already under strain amid the controversy surrounding the top-selling 737 MAX and uncertainties over when the plane will return to the skies, has suffered a wave of order cancelations from airlines struggling to survive as air travel has ground to a halt amid the pandemic shutdowns.

Aircraft leasing company Avalon canceled an order for 75 of the 737 MAX planes, and the China Development Bank scrapped a request for 29 of the aircraft.

There also is uncertainty about an order from Norwegian Air for 92 MAX planes and five 787 planes after four subsidiaries filed for bankruptcy.

The spokesman said "there is no doubt the aviation industry will look very different as we eventually recover from this pandemic."

Boeing also may replace the executive in charge of the MAX program in announcements that could come when the company releases quarterly results April 29, the sources said.